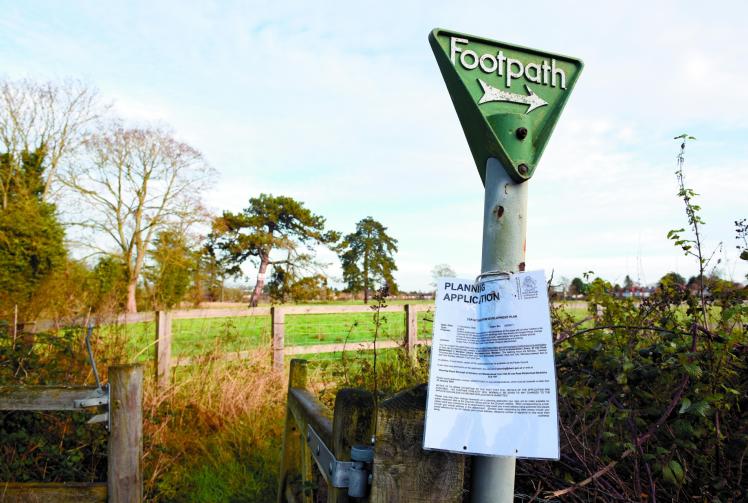 The Windsor and Maidenhead council has voted unanimously against a proposal to build 124 dwellings on greenbelt land in Holyport.

A representative from Beaulieu Homes Southern Ltd, the applicant, outlined the community benefits of the application – which would include the construction of a football pitch, allotments, renewable energy, a community centre and a doctor’s surgery.

However Councillor Leo Walters (Con, Bray) stressed that residents had already indicated they did not want or need the amenities mentioned – and expressed a fear that the proposed football pitch would eventually be built over anyway.

He expressed frustration with the fact that this is the second application made for the same site by the developers – with the first going all the way to the high court and a four-day hearing.

“This has gone on for years. It’s happening all over again,” he said. “It’s on and on, trying to wear people down. We thought we’d seen the end of it.

“So much money has been put into this because there’s so much money to make. They’ll do anything to get this permission.”

The other councillors on the panel agreed with the council officers' view that this application did not meet the very special circumstances needed to justify building on the greenbelt.

Though the second application has reduced the proposed number of dwellings, councillors felt this development would still be inappropriate for a farmland site.

Cllr David Hilton (Con, Ascot and Sunninghill) said that it would close ‘an important gap’ between Holyport and Maidenhead, which is much more densely developed.

Cllr Ami Tisi (Lib Dem, Clewer East) agreed and said that the positive elements of the proposal, such as adaptable housing with wheelchair accessibility, would not outweigh the impact on the greenbelt.

“There are some things in this application that are so exciting and would be wonderful – if they were in a different location,” she said.

The panel unanimously agreed with the officers' recommendation to refuse planning permission.

To see the application in full, visit the Windsor and Maidenhead council's planning portal, searching for reference 20/03371/OUT.

In the same meeting, the panel also rejected a proposal for 12 flats very close to Cookham train station.