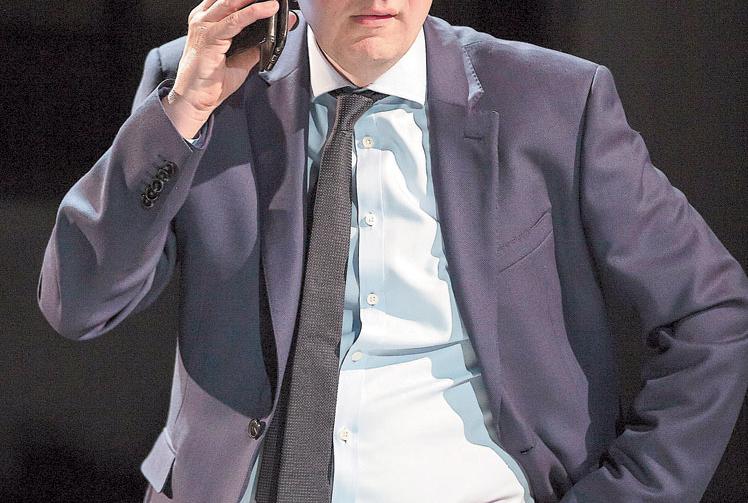 Not since the musical Hair has the humble barnet been so crucial to a production. Even Tangled, which gave Rapunzel the full Disney treatment, seems rather sparse in comparison to this luxuriant comedy.

The story begins on a cold night in February, 2016. MP Boris and his wife Marina are at home in Islington waiting for power couple Michael Gove and Sarah Vine to arrive for dinner.

His mane may be rampant, but beneath it is a downcast Boris – he’s just been beaten at table tennis by his eldest child and, worse, he cannot decide whether it’s better for him to back the remain or the leave campaign in the looming EU referendum.

Even reading his own book on Sir Winston Churchill fails to cheer the politician.

First to arrive is Evgeny Lebedev, billionaire proprietor of the Evening Standard, he was meant to be bringing Elizabeth Hurley – this is fact, it really was meant to happen – though she never turned up. Maybe La Hurley’s coiffure would have been eclipsed by the Bo Jo hairdo.

And then Margaret Thatcher pops up in his oven to give him a roasting. It’s unexpected and glorious, especially in a play based on real people and current events. Two more phantoms, Winston Churchill and Tony Blair, appear like Scrooge’s ghosts and the playfulness whips the action along.

The impish fantasy develops in the second act. We are swished forward to 2029, it’s 10 years since Britain left the European Union and everyone’s having a bad hair day.

The setting is the same, the ex-Prime Minister is at home, Evgeny and the Goves pop round, the phantoms pop up and the audience is teased and tousled into a state of surprised hilarity.

Will Barton makes the cut as Boris. The voice is bene factum (as Bozza might say), especially in oratory mode, and he gets it spot on physically – locks ad hoc and stomach like a barrel.

The golden boy is ably supported by Bill Champion, Emma Davies, Tim Wallers and Claire Lichie, all deliciously versatile and watchable. It can’t be easy to embody a real person and make it acting rather than impersonation but there are subtleties to enjoy here along with the broader humour.

I saw the play with an old friend who happens to work at Whitehall, she giggled more than anyone (and the Windsor audience laughed a lot) and observed that the portrayals of Johnson and Gove (especially in the second act for the latter) were spot on.

Whether you’re a leaver, a remainer or don’t give a hair-toss, all I can say is go. 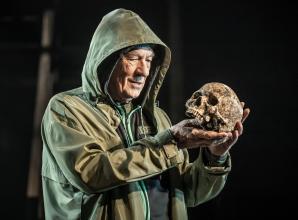 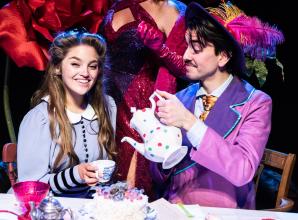 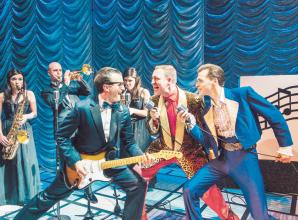 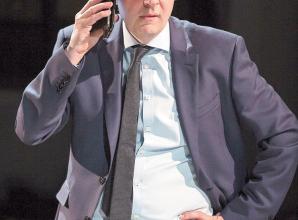 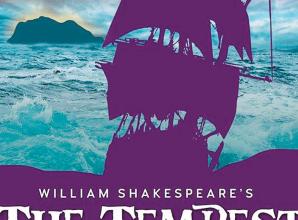 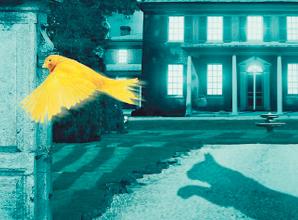 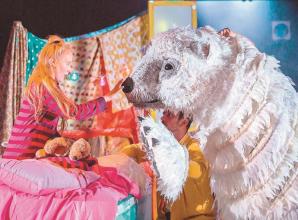 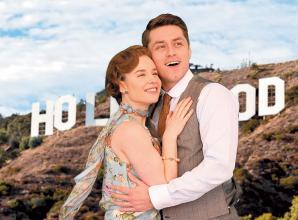 REVIEW: Singin' in The Rain at the Mill at Sonning 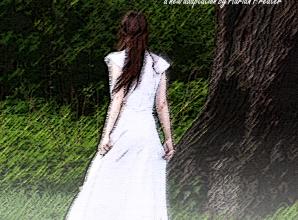 REVIEW: Tess of the D'Urbervilles at the Kenton Theatre 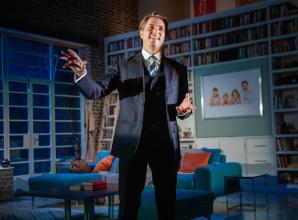 REVIEW: What's In A Name at Theatre Royal Windsor 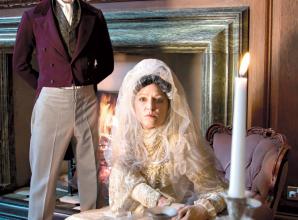 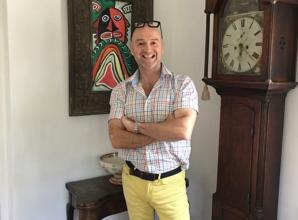