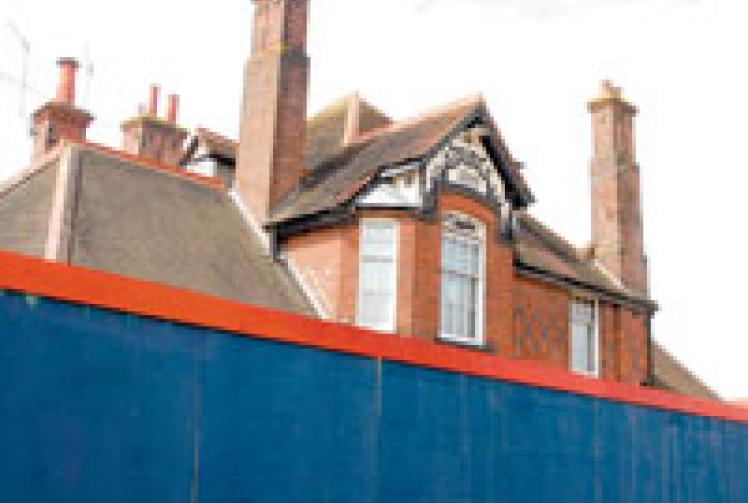 Five more Tesco applications for the Golden Harp were thrown out at a planning meeting last night, in another victory for campaigning residents.

The plans to make material changes to the pub in Furze Platt Road, including installing a cash machine and signage, were discussed by Maidenhead development control panel.

It went on to unanimously refuse every single one.

Speakers against the applications included a representative from the Campaign For Real Ale (CAMRA), Nadeem Asif from the nearby Best One store, and Furze Platt Action Group chairman Mark Newcombe.

"If you allow Tesco to open this store without a fight you will have severely and irreversibly let down the residents of Furze Platt, and will have totally failed to represent their wishes and aspirations," he said.

"Please, in the name of common sense, refuse all of these applications."

Action group members packed out the public gallery to listen to the debate.

They held a 'pop-up pub party' next to the building on Saturday.

The panel also heard from two representatives of Tesco.

Corporate affairs manager Beth Greenhouse said: "Contrary to what you might think we do completely take on board the concerns you might have."

"I hope you recognise the improvements we have made."

She told the panel Tesco was confident no safety issues or traffic problems would be created by the new store.

But even Thames Valley Police has now thrown its weight behind the argument that the site and surrounding roads could not cope with the change, issuing its own response to the plans.

The applications were then discussed by panel members, some of whom encouraged Tesco to withdraw from the site entirely.

When it came to making a decision they agreed to reject all the plans.

A sixth application for hardstanding and improved access at the site was withdrawn prior to the meeting.

Tesco had five similar applications rejected by the panel in March.

It has the right to appeal and could technically go on and open the store regardless as it does not need change of use consent for the building.

See next Thursday's Advertiser for a full report from the meeting.

What do you think of the panel's latest decision on the Harp? Leave your comments in the box below.