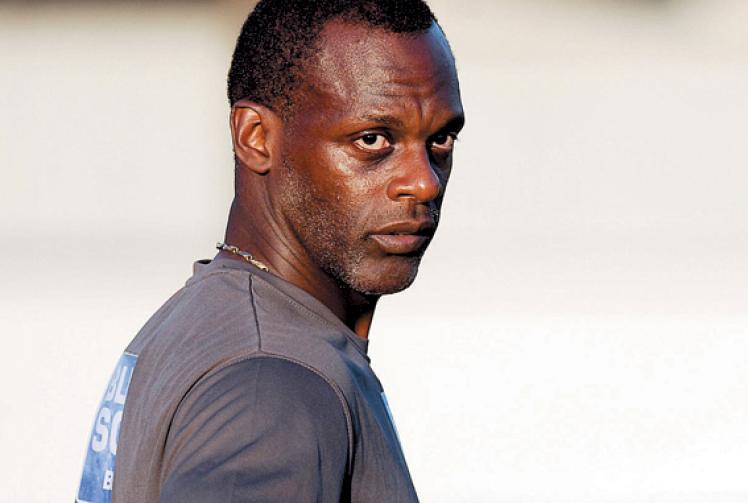 Maidenhead United boss Johnson Hippolyte admits the good times of February now seem a long time ago as the team continue to drift towards the Blue Square South relegation zone.

Tuesday’s defeat at Havant & Waterlooville, their fifth in a row in the league, has left them just two points off the drop zone.

When the Magpies last enjoyed a victory, back on February 26, they were sitting 10th in the table with 39 points on the board.

After that win Hippolyte declared three more wins would be enough to guarantee survival.

Now, four weeks on, United are still stuck on 39 points and search for the first of those three wins.

They have now slipped to 16th and Staines Town, who occupy the final relegation place, are just two points behind.

So for the third successive season, they seem to be heading into a nail-biting relegation scrap which could continue right up to the final weekend of the campaign.

For Hippolyte it is hugely frustrating as just a matter of weeks ago, he was hopeful of a top half finish.

He said:“I don’t think we’ve ever done things the easy way, it’s just not the way things work at Maidenhead.

“I expected March to be a difficult month and that’s how it’s proved.

“We’ve had some difficult games but we still could have got something from a couple of them.

“In one or two we were unlucky, but in the others we’ve been a bit naive.”

The Maidenhead boss added:“It’s frustrating because it wasn’t long ago we were looking comfortable and I was looking to finish around ninth.

“I was happy with my squad and we were looking good but then we had the rug moved from underneath us.

“I’m not making excuses. These are things we have to deal with but it certainly hasn’t helped.”

Left back Tom Gilbey was brought in from the reserves due to injuries to Bobby Behzadi and Derek Duncan while new signing Rhys Paul started alongside Mark Nisbet.

Two first-half goals put the home side in command and they held on for the win, despite Richard Pacquette pulling one back for the Magpies.

“We knew it was going to be tough,” said Hippolyte. “They are in great form at the moment.

We went 2-0 down and after that it was an uphill battle. It’s another game where we’ve given ourselves a mountain to climb.

“We nearly climbed it though. Richard got us back in it and they were calling for the whistle during those last 20 minutes.”

The Magpies host Bath City at York Road on Saturday before visiting Farnborough on Easter Monday.

Bobby Behzadi will miss out through injury while Derek Duncan remains a doubt.