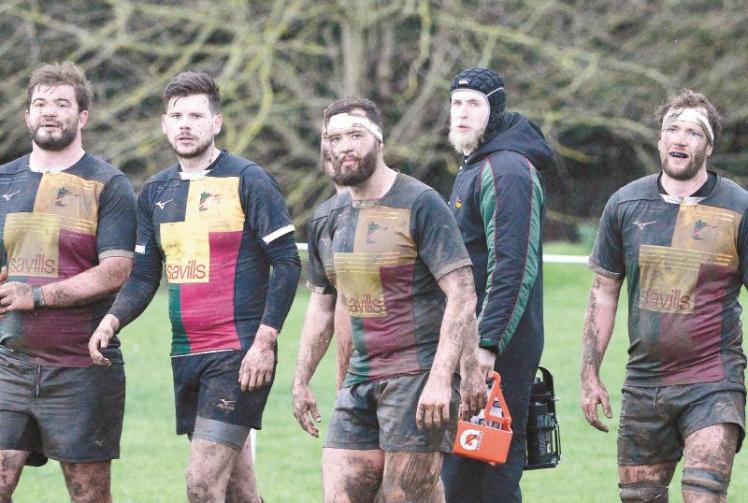 Windsor RFC head coach Jack Pattinson has admitted it was tough to watch sports like football and hockey resume competitive matches last year, while rugby clubs, players and coaches were told to wait on the sidelines.

But he’s confident the decisions taken by the RFU were the right ones for the safety of the players and concedes that the sport is very different from football and hockey in terms of the close contact between players in rucks, mauls and scrums.

However, clubs have now been given the green light to resume an adaptive form of training from the end of this month and Pattinson will be hoping to fix up some friendly fixtures for later in the spring and summer, ahead of the club’s return to league action in the South West 1 East division later in the autumn.

“Yeah, there was definitely an element of frustration back in the summer I guess, when other sports such as football and hockey were playing competitive games,” he said.

“But we were always very aware that rugby, contact-wise, is on a different level so that brings its own challenges.

“We need to trust the people making the decisions, the RFU are doing their research. I’m not an expert in that field but I have to trust them in the same way I would if someone wanted some coaching advice or support. They would come to someone like myself rather than someone random. I’m not saying I’m an expert, but we have to trust the experts in this case.”

He added that the community game was the 'lifeblood of the sport' and hopes that with the vaccine roll out and loosening of restrictions, there will be no more hitches in the RFU’s return to rugby roadmap.

“I don’t think there was any bad intent not to let us play, and I’m sure they would have let us play if it was safe to do so,” said Pattinson.

“But there are now signs that things are on the up and it’s probably not as dangerous as people thought it was in terms of transmission.

“Vaccines are being rolled out all the time and the ability to get tested now is quick and easy. It’s looking really promising and I just don’t want to get shot down again.”

Pattinson added that the players had been fantastic since the pandemic hit last year, meeting up when they could for socially distanced get togethers or joining club Zoom calls and activity sessions when the country was placed in more restrictive lockdown conditions.

They’ve recently held an informal question and answer session for Sale Sharks player Josh Beaumont while watching Wales vs England in the Six Nations and Pattinson said that new recruits to the club had been made to feel welcome and part of the club on the player messaging groups.

He now can’t wait to get them back on the training pitch and feels the club could be on the precipice of one of its most exciting periods.

“The boys have been absolutely fantastic since the pandemic hit and have kept connected,” he said.

“Whether it’s over Zoom when we’ve been in complete lockdown or just meeting up in small groups throughout the summer.

They’ve really highlighted the culture or environment we’re starting to create here, they feel safe, they feel welcome, and they really enjoy it.

“We did a team social over Zoom for the England v Wales game recently and got Josh Beaumont involved. I was at University with Josh, who plays at Sale Sharks and we played together, and I lived with him. He was very close to getting an England cap and all that, so he’s had some cool experiences. The boys were just asking him questions about his life as a rugby player and he was telling them about incidents and behind the scenes stories of life on tours.

“There’s been a lot of good stuff, and the number of boys joining in I’ve been quite blown away by.

“As soon as a new lad joins the group, all the lads are messaging on the group saying, ‘welcome mate, excited to have you on board’ and stuff like that. I’ve been inspired by how the boys have come together and looked after each other.

“They have that feeling of belonging and I feel we now have a group that could become Windsor’s most exciting ever team.

“Let’s go for it when we start again because we’ve got the quality in the group to do that.”

Emmett honoured to pull on armband as Windsor RFC captain