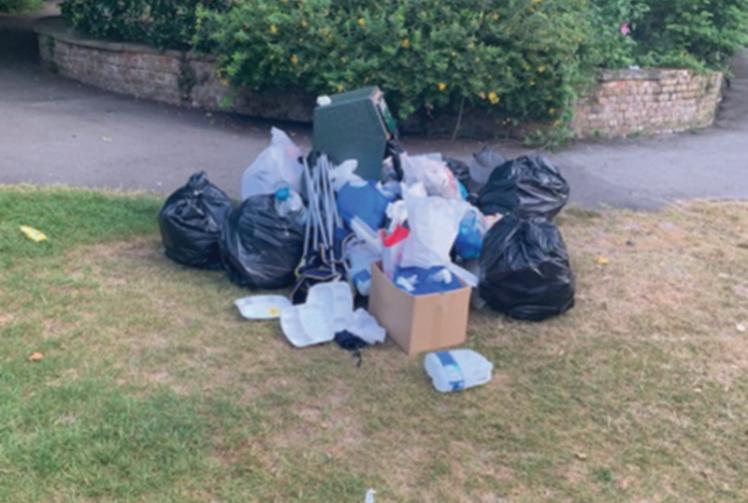 There are calls for the council and police to take action following an ‘upsurge in anti-social behaviour’ in the Boulters Lock area.

Mick Jarvis, chairman of Boulters Riverside Community Interest Company said: “It’s really just an upsurge in antisocial behaviour on both Ray Mill Island, and then spilling over to the car park which is extremely busy, but which is not being policed effectively.”

He explained that large groups leaving Ray Mill Island go back to their cars and continue ‘carrying on’ before parting ways, ‘with all sorts of shouting and screaming going on into the early hours of the morning’.

He said: “The place [Ray Mill Island] has been really trashed weekend after weekend, and it’s been happening now, for probably for a month or more really, ever since some of the restrictions came off.”

Mick says possible solutions could be closing Ray Mill Park at night, and repairing the main gates into Boulters Car Park, designed to prevent entry past 10pm, which have been broken for about a year.

“You need a holistic view here, because what happens on the island is impacting what’s happening in the car park,” he said.

“The two things are linked and the antisocial behaviour in both places is a result of either, or both of them, not being adequately enforced and policed.”

Residents have been further frustrated by the situation after not being able to reach the police on 101.

Mick added: “We can ask the council and we can ask the police but if they’re not going to do anything about it then we’re a little bit stuck.”

Councillor Chris Targowski (Con, Riverside) said he has asked for ‘a whole package’ of measures to try and tackle the issue but is realistic that similar problems are going on ‘across the whole borough’.

He has requested the Boulters Car Park barriers are fixed, parking enforcement patrols are stepped-up and bin collections are increased.

“We’re in a unique situation I think at the moment, where people can’t really holiday abroad, so the numbers of people coming down to the Riverside area to enjoy, is just huge.”

He also said that with night clubs are bars closed the anti-social behaviour often ‘confined to a town centre is now spilling out’.

Cllr Targowski said Riverside is a ‘beautiful place’ but urged people to consider whether they can socially distance and ‘enjoy it safely’ if they arrive and see it is particularly busy.

Inspector Tracey Croucher said: “Anti-Social Behaviour will not be tolerated on this Police Area, we are currently forging a way forward to tackle this.

“The biggest concern is around the spread of Covid 19 by the sheer volume of people and would ask the public to be sensible around their choices.”