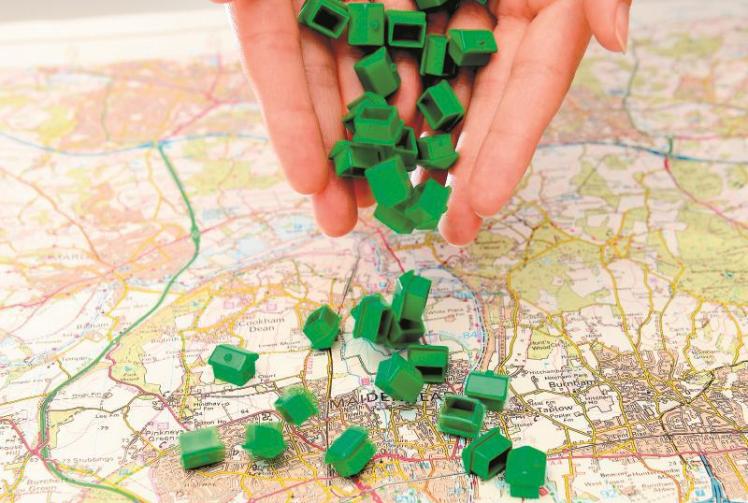 A target of building more than 14,000 homes across the Royal Borough has been set in the latest draft of the Borough Local Plan.

More than a third of these are set to end up in Maidenhead, with hundreds more targeted for the surrounding area.

Within the town, the new availability of Maidenhead Golf Course is set make up a major part of the allocation.

Figures attached to the plan say it should accommodate 2,000 houses on its own, with land next door at Harvest Hill Road and Manor Lane adding a further 530.

Talking about the development of the area, Cllr Derek Wilson (Con, Oldfield), cabinet member for planning, said future plans would include more than just homes for the site.

“Part of the development will include providing the necessary infrastructure to make it work,” he said.

“There will have to be new roads, a new school and we’re also in discussions with the Clinical Commissioning Group to look at new medical facilities.”

Building on the land has divided opinion in the town since the council revealed its intentions during the summer, with many complaining about the major loss of green space it will entail.

Another site likely to provoke strong feelings is Spencers Farm, between Lutman Lane and Maidenhead Road, which is earmarked for 300 homes and a new secondary school.

The new numbers mean the council is able to meet its quota of 13,528 new houses to be built over the life of the plan, which is supposed to dictate planning policy in the borough until 2032.

As the document is backdated to start in 2013, this is the equivalent of about 712 per year.

The new numbers also include a five per cent buffer to allow for a higher than expected demand for living space.

The figure of 13,528 comes from the council’s Objectively Assessed Need, which was determined by a Strategic Housing Market Assessment carried out earlier this year.

Where the previous version of the plan, released in June, was able to meet about 84 per cent of the figure, the latest draft can cover it entirely.

However, councillors and officers have been keen to stress that the plan in its current form is not its final version.

Russell O’Keefe, the Royal Borough’s strategic director of corporate and community services, said: “The important thing to make clear is that these sites are draft allocations for consultation and that’s what we want people to respond to.

“If they have an opinion they have to come forward.”

Consultation on the draft released this month is due to start on Friday, December 2.

Visit www3.rbwm.gov.uk to find out more.

Pick up this week’s Advertiser for details and a map of the 48 sites identified in the latest draft.