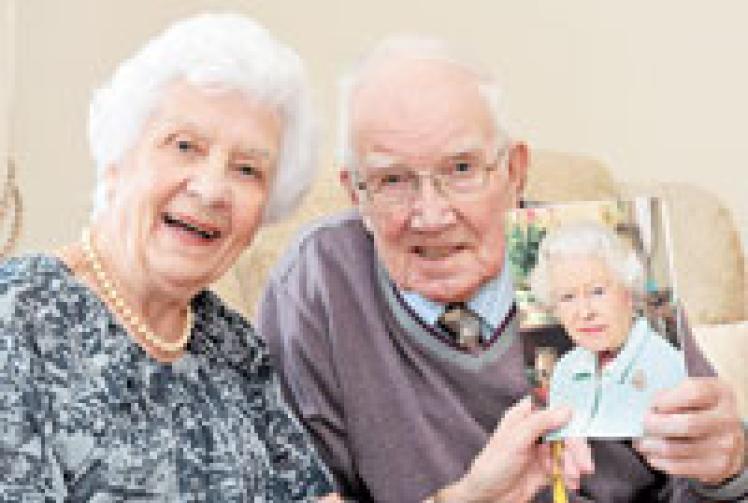 A happy couple say they are 'very lucky' to be celebrating their diamond wedding anniversary this month.

Sixty years after Bill and Elizabeth Simpson tied the knot they are looking forward to celebrating with their extended family at Fredrick's Hotel on Saturday.

The couple met in Lanarkshire, Scotland, during the war when Bill, who served with the RAF in the middle east and the far east in Burma, walked into his future wife's workplace.

Elizabeth, 82, who was a junior typist for a steel company, said: "Our office was all glass and when he came in he banged the door in my face. I thought 'whoever that is I don't like him.'

"I didn't see him again until the end of the war, then we started to go out and fell in love."

They married on March 14, 1952 and Elizabeth, who attends the United Reformed Church in West Street, said: "It was just a happy day with everybody around."

They lived in Lanarkshire for three years before moving to Fife for 10 years with their three sons.

"Bill couldn't see there was any future for the boys in Scotland and he thought it was a good idea to come down here," she added.

In 1966 they moved to Castleview Estate in Slough while Bill worked for Heathrow Airport as a chief management accountant before retiring aged 58. The couple have spent their retirement travelling the world and moved to Fairway, off Shoppenhangers Road, seven years ago.

It was built by Millgate Homes, a company owned by their youngest son Graeme, 52. Their middle son David, 57, of Ascot, is managing director of the same company while eldest son Alan, 59, lives in north Wales.

The couple, who were keen badminton players, have nine grandchildren and two great-grandsons who 'keep them young'.

Bill, 88, said communication is the key to a happy marriage and Elizabeth added: "Just talk things through, I think that it's important to talk about things, and just be happy.

"Some people think you have to spend the earth to make you happy, but you don't."