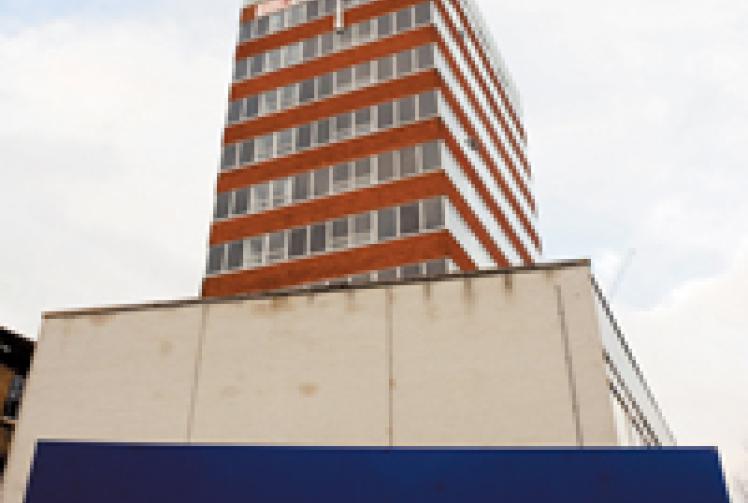 A landmark office building on the High Street in Maidenhead has been sold to a developer hoping to turn it into apartments.

Berkshire House has become the latest town centre space earmarked for rejuvenation after the freehold for the building was bought for £2.9m by Essential Living.

The developer believes it can transform the tallest building on the skyline into 65 high-quality modern homes.

Developers say the intention is to convert the existing building rather than demolish and replace it, which would prove 'extremely disruptive'.

Details are limited but Essential Living plans to hold a consultation on the development in the New Year.

During this period it will present potential options for the design of the building.

Increasing its height has not been ruled out.

Parking arrangements will also need to be considered as the building only has 39 allocated spaces.

The company hopes a planning application could be submitted by the summer.

Mike Walker, president of Maidenhead and District Chamber of Commerce, said a view had existed for some time that the way to reinvigorate the town centre is to get people living there.

The coming of Crossrail is set to increase demand for rental accommodation in Maidenhead.

Network Rail estimates an extra one million passengers per year will use the town's train station on top of the three million who do so already.

A property impact study conducted last month indicates property prices in the area could rise by 20 per cent over the next decade.

Uncertainty about future town centre developments has this week been blamed for the increasing number of vacant shops.