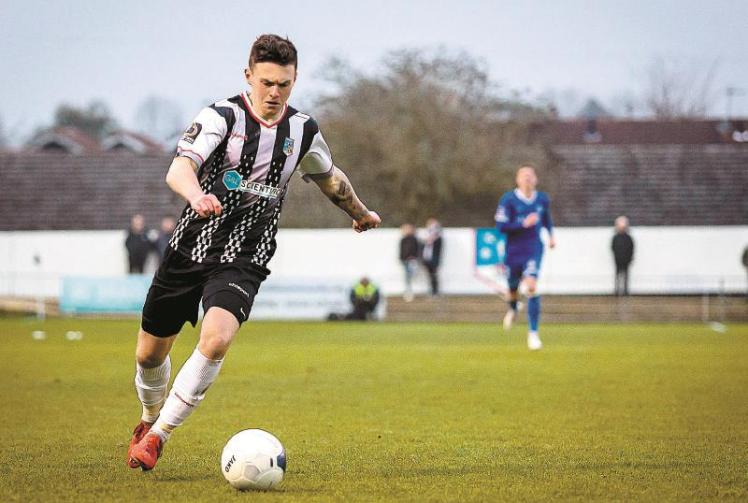 After what must have felt like an eternity to boss Alan Devonshire, Maidenhead United have returned to full contact training as they gear up for the new National League campaign.

Following the necessary COVID-19 tests by a club doctor, the Magpies have managed to get a few sessions of ‘normal training’ under their belts according to Devonshire.

He will now be tasked to guide his squad through a series of friendlies over the next seven days as he looks to get his side back up to full match fitness in time for the new season on October 3.

Speaking to the Advertiser on Tuesday, Devonshire said: “Tomorrow, (Wednesday) we’ve got four 30 minute games so I will look to give everyone an hour.

“Then, on Friday and the following Wednesday we’ve got 90 minute games. It’s going to be a good chance to see where we’re at as a squad after not playing for six months.

“The first game will just be for natural fitness. We’re playing against a league side so that’s going to be good for us. Their season starts at the weekend when they play in the Carabao Cup so they’re no doubt going to be sublime and sharp. I’ll be mixing the teams up in the game and it’ll just be a good fitness exercise.”

While the Magpies have already brought in a handful of new signings, Devonshire is confident he can attract a few more faces in time for the new season with a new goalkeeper signing rumoured to be on the horizon.

“We’re looking at a few (players) at the moment. I imagine before the season starts there will be another one or two,” added Devonshire.

“Nothing has been finalised yet but I’m hoping in the next couple of days a ‘keeper will have signed for us.”

Youth football: Maidenhead United Juniors Galaxy u9s are out of this world

Barratt: There's a buzz about the place after Maidenhead's win over Notts County

Slough Ladies suffer home defeat at the hands of the Trojans

Sweetman: Holyport players have the right mindset to challenge once again for promotion

Baker: Introduction of Worsfold and Lench changed the game for us

James at the double but Blues are held at Virginia Water