Premier Inn death inquest: ‘Damaged part should have been replaced’ 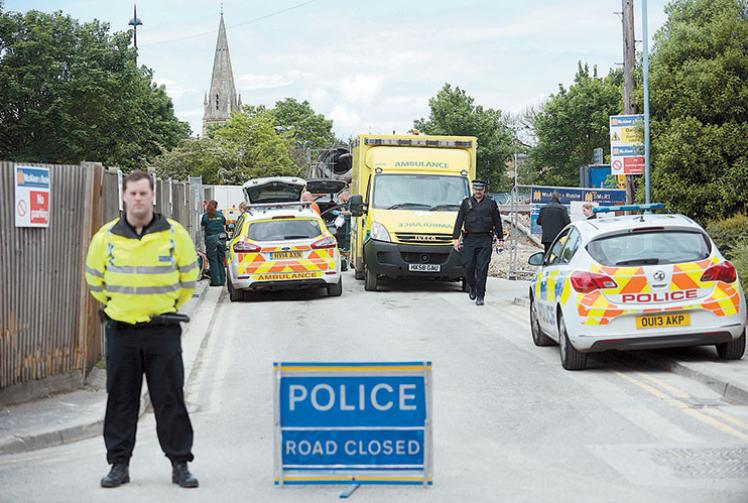 Modifications made to a piling rig would not have caused the sudden release of grease that could have contributed to a construction worker’s death, an inquest heard today.

Last week, the inquest, held at Reading Town Hall, heard how Home Office pathologist Dr Ashley Fegan Earl described the worker’s injuries as a minor abrasion to the chin and an ‘injury complex’ on the lower right neck and upper right chest made up of two ‘well-defined puncture wounds’ which he suspected were caused by ‘jets of grease’.

It had followed a loud bang, similar to what had been heard the day earlier when a ‘grease nipple’ part of the SR70 piling rig he had been working on came off.

A modification had been made by Noel Kearney, who had been called to the site to repair the nipple on the same day Mr Wylie died.

The inquest heard evidence today (Monday) from the technical adviser to the Health and Safety Executive’s investigation into the incident, David Rudland, who concluded that the modifications made to the nipple had not led to it blowing off in the second occasion.

Mr Rudland’s evidence said it was ‘most likely’ the threads that screw the nipple into a cylinder-shaped adaptor, that then fits to the piling rig, had been damaged before the incident, and otherwise a non-damaged thread would not have caused the nipple to blow off.

Nobody would have been able to see the damage to the threads with the naked eye, Mr Rudland said, and it would have required a microscope to assess that they had been affected.

However, Mr Rudland said it was not possible to determine when the threads had been damaged, but ‘common sense’ would suggest the most prudent course of action would have been to order a new nipple, instead of trying to fix one.