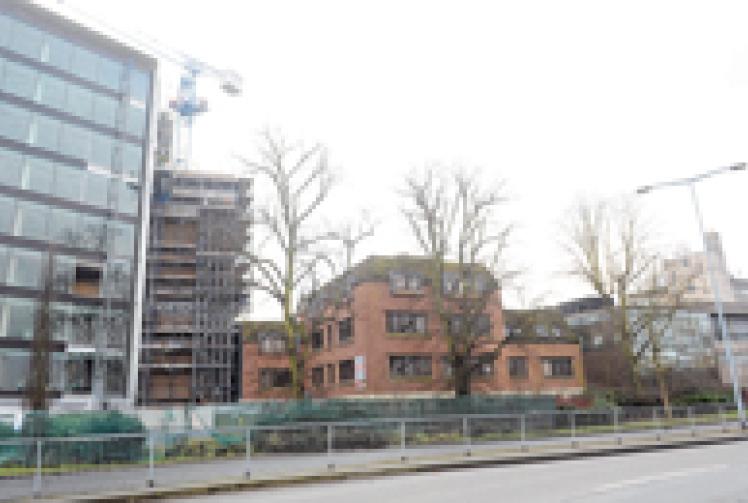 A 'visually striking' new hotel and office complex will replace dated buildings opposite Kidwells Park if plans are given the go ahead by the council.

An application to demolish Park House and Kidwells Park House to make way for a multi-million pound development containing a Premier Inn has been submitted to the Royal Borough.

The plans include a 124-bedroom hotel with restaurant and bar facilities, car parking, and an adjoining commercial building to provide 50,000 square feet of office space.

Permission for the complex in Maidenhead town centre was originally granted by the council in 2011, subject to conditions.

But part of the hotel design has been revised, and the scheme will now need to proceed in two stages, as while Premier Inn is keen to get the ball rolling on the scheme, nobody has snapped up the commercial space yet.

"There is a current lack of national and local demand for large scale office space in the town [and the region generally]," the design statement accompanying the application says.

"Consequently it has not been possible to find a tenant for the office element of the scheme."

The site falls within the boundaries of the West Street Opportunity Area, as defined under the adopted Area Action Plan, and is next to the Point office development, which is nearly complete.

A side extension to the neighbouring United Reformed Church will also need to be knocked down for access purposes.

A decision on the plans is due by May 3.