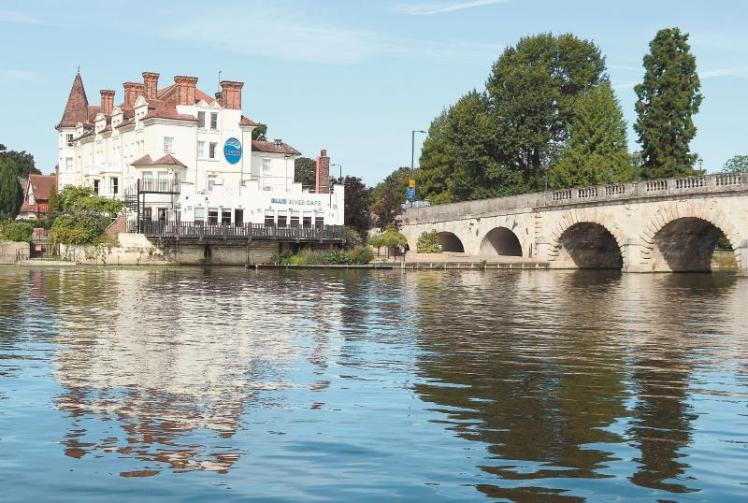 Plans to transform the Thames Riviera Hotel, in Bridge Road, into up to 30 flats have been published online through consultancy firm WYG.

According to Nick Gauntlett, managing director of Galleon Hotels, which runs the site next to Maidenhead Bridge, the scheme could be submitted to the Royal Borough later this month.

If approved, the project would see the original hotel building converted to provide 15 apartments, while a further 15 would be built on what is now the car park.

Meanwhile, there is speculation the owners of the Thames Hotel, in Ray Mead Road, want to develop their site for housing.

When contacted, a duty manager said there were no plans, and at the time of writing the owners had yet to respond to a request for comment.

Bob Dulson, chairman of Maidenhead Civic Society, said: “It’s of huge concern, but it also underlines the fact there’s a real need for a formal leisure strategy for Maidenhead Riverside from the Royal Borough.

“We’ve been calling for one for years and if we lose two hotels in one swoop we’re left with virtually no accommodation left in what is Maidenhead’s main tourist attraction.”

He added: “These are cynical opportunistic attempts to maximise asset value without very much thought or respect for the community or the area.

“Skindles went and Chef Peking, along with virtually all boating, apart from unmonitored mooring.

“With the notable exception of Boulters Inn and the River Arts Club, formerly Oldfield, which are enjoying a renaissance, we’ve seen very little investment in tourism or leisure in Riverside, an area that many visitors enjoy on one of the finest urban stretches of the Thames.”

Ward councillor Adam Smith (Con, Riverside) said: “If we lost them there would be a deficit of amenities in the area and the question would be what influence the council has over the health of enterprise.

“We can wish things, but we can’t compel them. Whatever the merits of the buildings, business is not set in aspic. As with all planning matters there’s not necessarily a right decision, just a compromise, but personally I would be sad to see them go.”