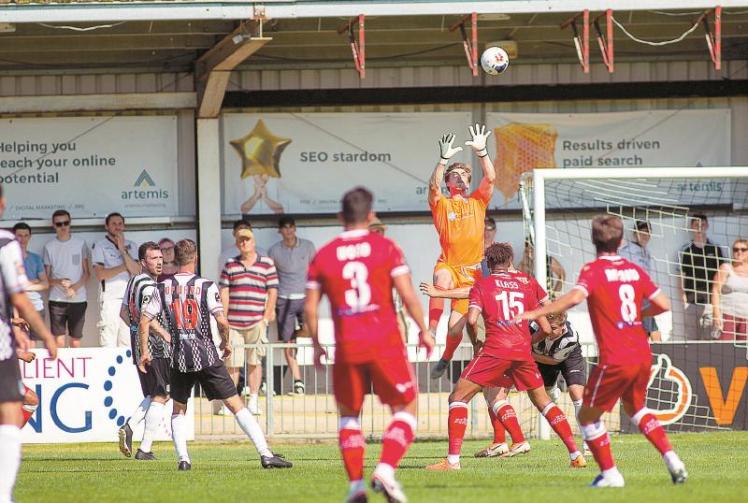 Magpies boss Alan Devonshire has revealed he hopes to keep goalkeeper Taye Ashby-Hammond at the club on a rolling loan move.

Ashby-Hammond was brought in from Fulham as cover for the injured Chris Dunn – who remains on the sidelines.

But his performances have been so good the Magpies have extended the month loan deal to roll on to the end of September. And, if he keeps performing between the sticks, Devonshire hopes the player will be able to stay even longer.

“We’re just taking it one month at a time,” he said. “He’s here, we’ve extended it (his loan move) and I’d like to think he’s enjoying it.

“If he carries on doing what he’s doing then we’d like to extend it again.

“I’ve got a few out injured at the moment. Chris Dunn has been out injured since the start of the season along with Freddie Grant.

“Jake Cassidy and Aron Davies both missed Monday’s game (the 2-1 defeat to Bromley).

“If one of them had been ok to come off the bench we’d probably have held on and won the game. But we didn’t and it cost us.”