REVIEW: Dick Whittington and his Cat at South Hill Park

The spirit of Christmas has drenched The Wilde Theatre at South Hill Park with its festive magic, as once again their pantomime is all you can wish for and more. ‘Dick Whittington and his Cat’ is an unwrapped present of fun and joy from start to finish.

With a twist on the original story of one man and his cat, this perfectly polished production has it all. I assume that the kitchen sink failed its audition, for it was the only thing missing.

A cracking script from Joyce Branagh gave director, Adam Stafford, so much to have fun with and, boy, with his fantastic cast and extraordinarily creative production team, did they have fun.

This show packed to the brim with songs, dancing and laughs, certainly lit up the faces of the exuberant audience on the night I watched from a front row seat, but the energy coming off the stage, could have lit up all of Bracknell.

Michael Ayiotis as Dick with Rebecca Ayres as Tabby, his sassy cat, won over the audience as soon they appeared on stage. Shani Cantor as Fairy Bowbells, a pirate and oh, that would be telling, ensured the pace and laughs never faltered.

Faye Ellen’s triple threat performance as Alice Fitzwarren was pure delight as was John Conway’s roles and Alderman Fitzwarren and, oh that would telling again.

Matthew Houston as King Rat got all the boos and hisses he richly deserved and a junior cast excelled in all departments.

Then there was Brad Clapson!  A favourite in recent South Hill Park pantomimes, Brad never fails to deliver and as ‘Sally South Hill’, he does it again with baubles on. With a wonderful rapport with the audience, he doesn’t so much as steal the show as holds it captive with his presence.

The night I went, he singled out a guy to be involved in Sally’s festive flirting and by the end of the evening the audience were shouting ’his’ name out.  ‘Stu’ won't forget this panto in a hurry and neither will you.

The streets of London may not be paved with gold, but this Christmas, the stage of The Wilde Theatre certainly is.

The Zone: What to listen, read, watch and stream this week

The Zone: What to listen, read, watch and stream this week

Half term Halloween events on offer at Stoke Place hotel

Curtains go up at Windsor Theatre Royal after months of closure

Back to school memories sought by Maidenhead Heritage Centre 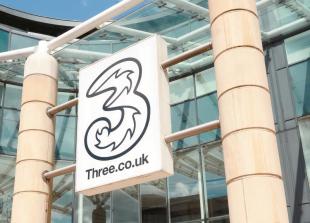 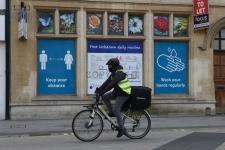 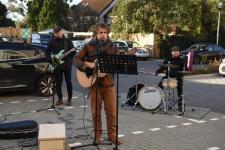 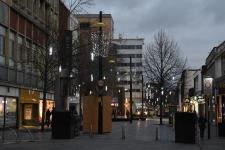 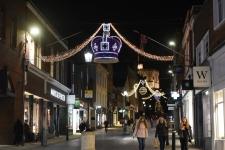