SPONSORED: Way To Work is just the job for employers and candidates

The Way to Work initiative aims to get 500,000 unemployed workers into jobs by the end of June. It’s part of ambitious UK Government plans to turbo-charge our national recovery from COVID-19. At the centre of this initiative is Jobcentre Plus.

Jobcentre Plus has a long and successful track record of matching quality employers with quality candidates. Now, many highly-skilled people have found themselves unemployed for the first time, and are considering new roles in new sectors. Jobcentre Plus can quickly put companies in touch with candidates who can make a real difference to their businesses.

We talk to employers and employees about how they have benefited from working with Jobcentre Plus.

‘Working with Jobcentre Plus is a no brainer’: Jordan, Contracts Manager, Elite Scaffolding, Yeovil

Elite Scaffolding – a family-owned business that is part of the Denholm Group, reached out to Jobcentre Plus in a bid to reach younger potential employees looking for an apprenticeship.

"We initially approached the jobcentre, simply for advice and to ask if they could place an ad on their system. We did not expect the extremely positive and proactive response we received from the jobcentre. The team was very helpful," said Jordan.

The support Elite got from the jobcentre was invaluable in streamlining and accelerating its recruitment process which would take up to five weeks.

"Now, the jobcentre advertises our vacancies via a sector-based work academy.

"Candidates attend a two-week course at Weston College, Yeovil, to gain their Scaffolding Operative Training Scheme and Health & Safety Certifications, as well as to prepare for an interview. Now when we interview candidates, they already have a scaffold labourer trainee card and the basic knowledge and understanding of the scaffolding industry. What’s more, all this support via the jobcentre comes without the additional fees of private agencies."

Out of seven candidates, six were offered jobs and five have remained with Elite which has 40 qualified operatives.

"The process was seamless and effective, providing quality candidates who were keen to learn.

"Working with the jobcentre is a no brainer! As well as alleviating the burden of interviews that don’t progress into jobs, the savings in cost and time to get candidates suitably qualified are a bonus. It takes the pressure off our own resources and provides top quality candidates in the process."

Simon joined the Department of Work and Pensions as a work coach two years ago after 25 years in sales and marketing in the private sector. He became an employer adviser a year ago.

Once approached by Elite Scaffolding, also based in Yeovil, he set up a meeting with one of its office managers and worked out a bespoke recruitment package.

As part of the programme, he contacted the local Weston College and together they “built” the course content.

"I arranged for the employer’s contracts manager to present to the class through an online platform so they could explain what the business could offer them and what they we were looking for."

At the end of the two-week course, six candidates were offered a place on the apprenticeship scheme at a starting salary of £21,000.

"Elite had exhausted all other channels to recruit and were delighted with the outcome", he said.

Moreover Elite referred other local employers to the jobcentre and Simon is running another sector-based work academy with a local roofing company.

"If you’re looking to fill a vacancy, Jobcentre Plus can offer you a named employer adviser in your local jobcentre that knows the local geography for both employers and those looking for work.

"The jobcentre has an incredible pool of talent. One of my Elite Scaffolders said it’s not just about finding me a job but changing my life…You certainly can’t ask for better than that." 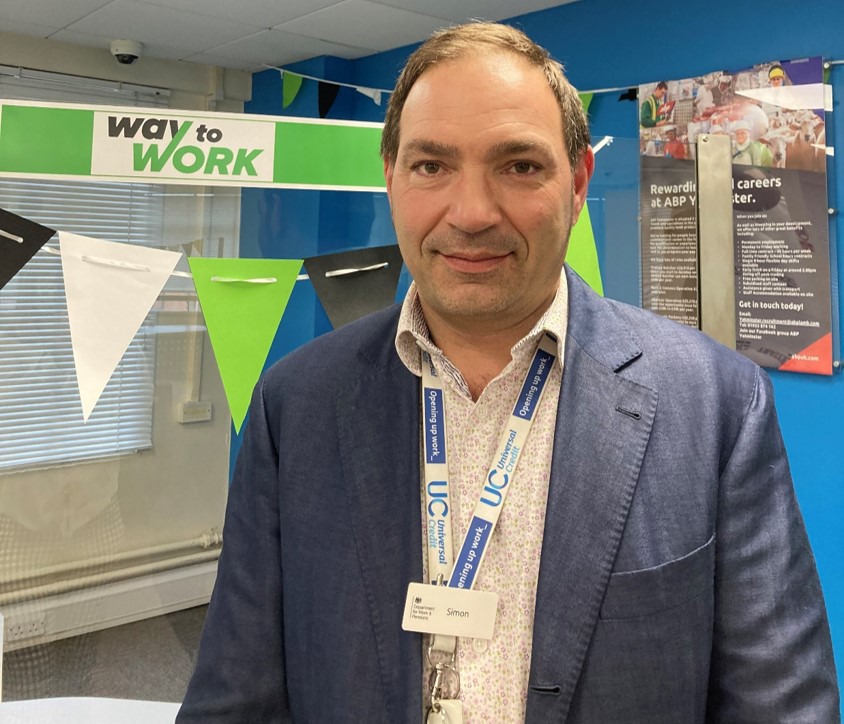 Samuel’s career got off to a flying start with a six-month placement through Jobcentre Plus at JD Sports.

“I left college in January 2020. I didn’t finish my A-levels because I wanted a change. I knew I would be good in a computer-based job because it’s something that I’ve gravitated towards.

“I saw JD Sports was advertising and I thought I’d go for it because it was an administration role in a big company. Everything went through really quickly."

Continued the 20 year-old: “My team at JD were great from day one. They made me feel welcome and supported me. I spent six months on the placement and I got paid, too. It’s a proper job which was exactly what I needed. Day to day, I’d look after anything from HR queries and issuing contracts to payroll and pension questions. It gave me a whole picture of what it’s like to work in HR and I’ve been doing it ever since.

“After six months, there was the option to stay on and I’m now doing an apprenticeship with JD. Once I’d finished with the placement I got started on a qualification – CIPD level three in HR support. It was another perfect step for me and I’ve now been there for a year. Now I’m learning about different parts of HR, building on what I was doing on the placement. Jobcentre Plus helped me and now I’ll just keep going.” 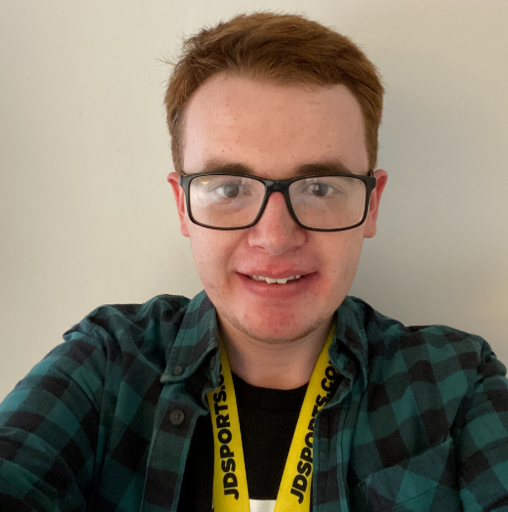 Jobseeker? Right now, a Jobcentre Plus work coach is ready to match you to your next job* – find out more at gov.uk/way to work

Employer? Is your business recruiting? With thousands of quality candidates Jobcentre Plus can help fill your vacancies now*.

SPONSORED: Book on impact of communalism in Indian politics launched in Slough

SPONSORED: Are you looking for garage doors in Berkshire or Buckinghamshire?

SPONSORED: The brands behind the best bean to cup coffee machines

SPONSORED: How you can help support those fleeing from Ukraine…

SPONSORED: Way To Work is just the job for employers and candidates

SPONSORED: Join Norden Farm for a night at the movies

SPONSORED: Now’s time to consider a career in the Civil Service

SPONSORED: ‘We changed our minds and got our COVID jabs’