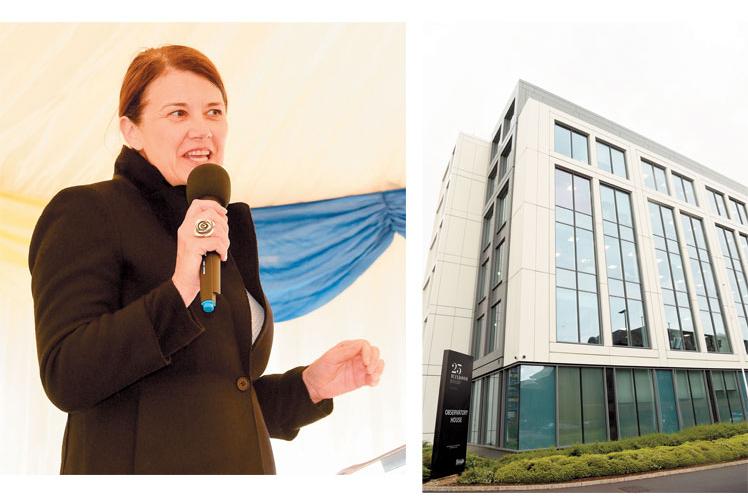 The future of Slough Borough Council chief executive Josie Wragg remains uncertain after the local authority confirmed she continues to be ‘away from work’.

The council held a media briefing on Monday to discuss the Government’s appointment of independent commissioners to try and rectify Slough’s cash crisis.

Ms Wragg, who was appointed to her position in July 2018, was absent from the briefing with council officer Alan Sinclair taking the role of acting chief executive.

Steven Mair, the council’s interim chief finance officer, told the Express: “The council’s position is the chief executive is away from work and that’s all we can say on that issue.”

Council leader James Swindlehurst also said Ms Wragg was ‘away from work’ and said he had no wish to add any further comment.

Cllr Swindlehurst, who has served as leader of the council since November 2017, said he has not thought about his future.

The Cippenham Green councillor faced calls to resign in May from the opposition Conservative Group following the release of two damning reports into the handling of the council’s finances.

“I have not sought a new four-year mandate. My own individual election as a councillor is in May 2023 and my group’s instruction to me in July when a No Confidence motion was they expected me to work at least until that period to clean up the issues in the council and put us back on an even footing.

“I follow their instructions and have been carrying on.

He added: “I haven’t even thought of the future for myself in terms of elections.

“My focus is entirely on trying to get us as quickly and soundly as possible back to a place where we are proud of the work we do and can show that to the public.”

Police launch appeal after man struck by bat in Slough

Man charged over 1987 death of Shani Warren in Taplow

Motorcyclist has helmet stolen after stopping at Slough traffic lights