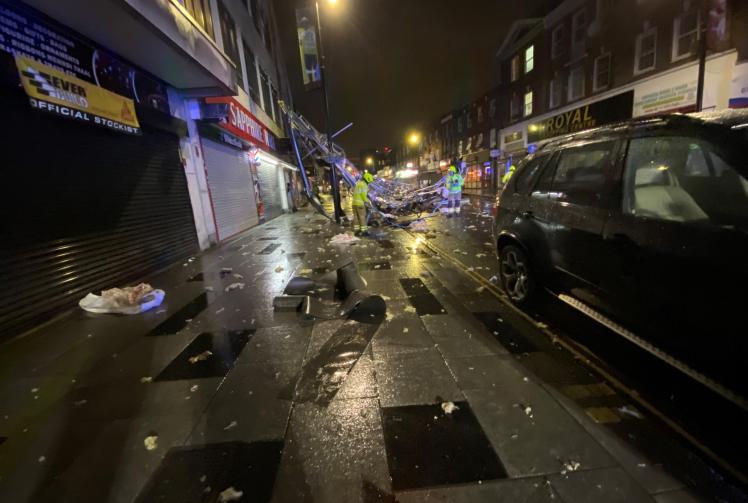 14.25: The Paradigm Housing group has released the following statement:

"We are working with the local authority and emergency services to deal with an incident affecting a property we lease in Slough where the roof has blown off.

"Our priority is supporting residents in the 24 flats we lease in this building and we have staff on site to assess their individual needs. We will continue to support them in the coming days.

"Paradigm is not the freeholder of this building and the roof is not part of the property that is leased to us but we are working closely with the local authority to determine next steps."

14.07pm: The council will launch an investigation into the incident. The road will remain closed today.

A spokesman from Slough Borough Council said: "The High Street remains closed at the eastern end as we continue to ensure the safety of residents, businesses, and buildings with specialist officers. After discussions with HSE (Health and Safety Executive), the council has agreed we will be leading the investigation into this incident.

"However our focus remains at present the safety of the area and the dismantling and clearing of the debris. We do not expect the road to open today. Apologies for any inconvenience and thank you all for you patience."

10.08Aam: Surveyors remain on the site this morning to check the safety of the building. 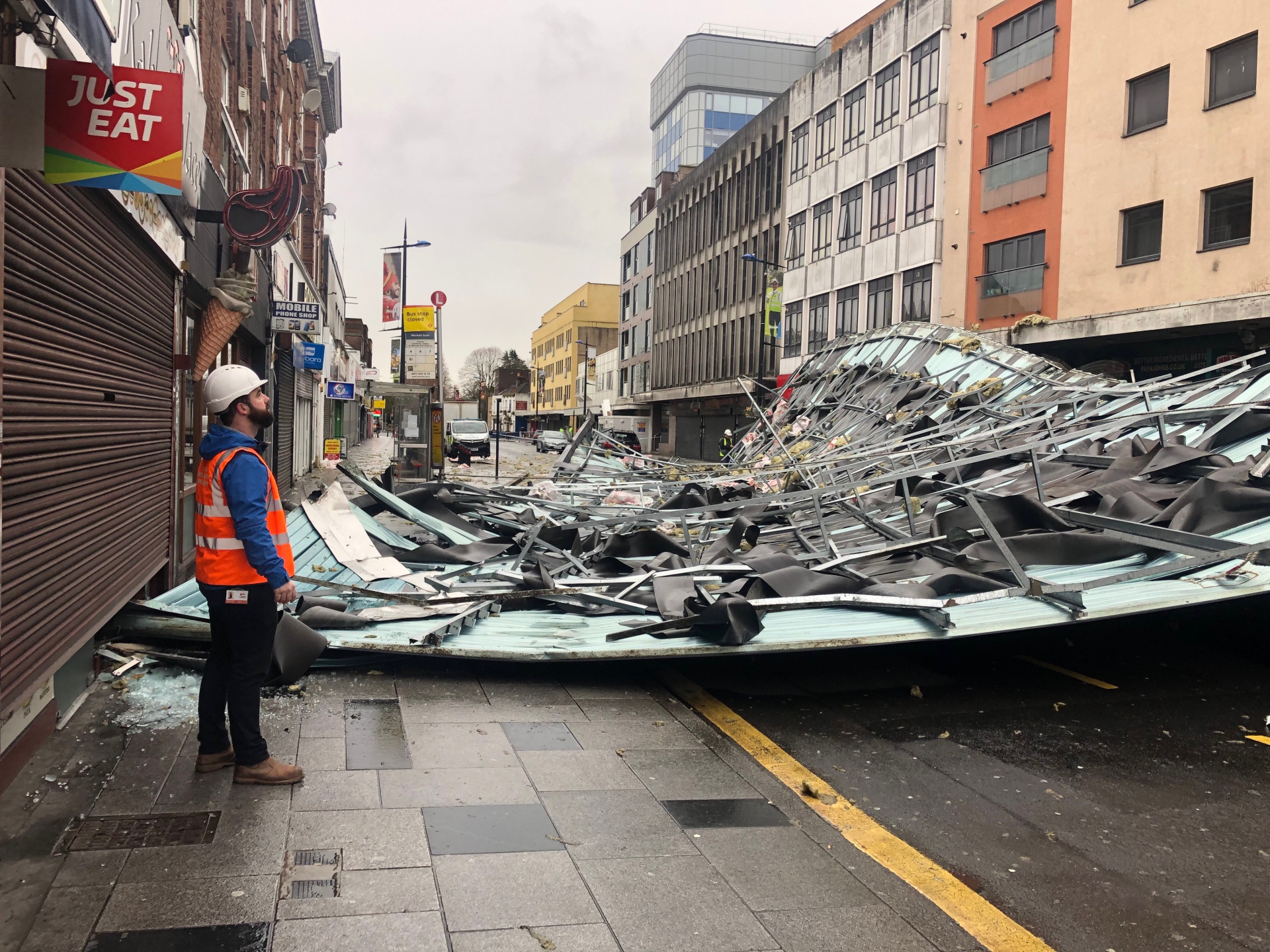 HIGH STREET: Our specialist surveyors remain on site this morning ensuring the safety of the buildings, residents and businesses. Special shout out to the Lebanese Restaurant who are keeping everyone working there warm with hot cups of tea! pic.twitter.com/F93YQjACJ3

Firefighters used a snake eye camera to check nobody had been trapped underneath the collapsed roof in Slough High Street last night.

Crews from Slough, Langley and a specialist appliance from Reading were called to the scene at the eastern end of the High Street just before 6pm.

After checks confirmed nobody was stuck underneath the large metal structure, firefighters worked alongside police to ensure the scene was safe in case of falling debris.

They remained there for about two hours.

The eastern side of the High Street will remain closed this morning to facilitate with the investigation and ensure safety as the debris is removed.

HIGH STREET: The eastern end of the High Street remains closed this morning after the incident with the roofing last night. This is to facilitate the investigation and ensure safety whilst debris is removed. Thank you for your patience.

Paradigm Housing said it is aware of the incident affecting the property and have staff on the site. Any residents that need support or help have been asked to call 0300 303 1010.

The High Street in the area will remain closed to traffic and pedestrians tonight and into tomorrow.

UPDATE: High Street incident. We can now confirm the High Street in this area will remain closed to traffic and pedestrians tonight and into tomorrow. Businesses within the cordoned area will be closed until the cordon is lifted. This is for the safety of everyone. Thank you.

The roof of a building has collapsed in Slough High Street this evening (Tuesday).

Part of Slough High Street is currently closed and police officers are on the scene.

Officers believe that part of the building collapsed due to weather conditions. 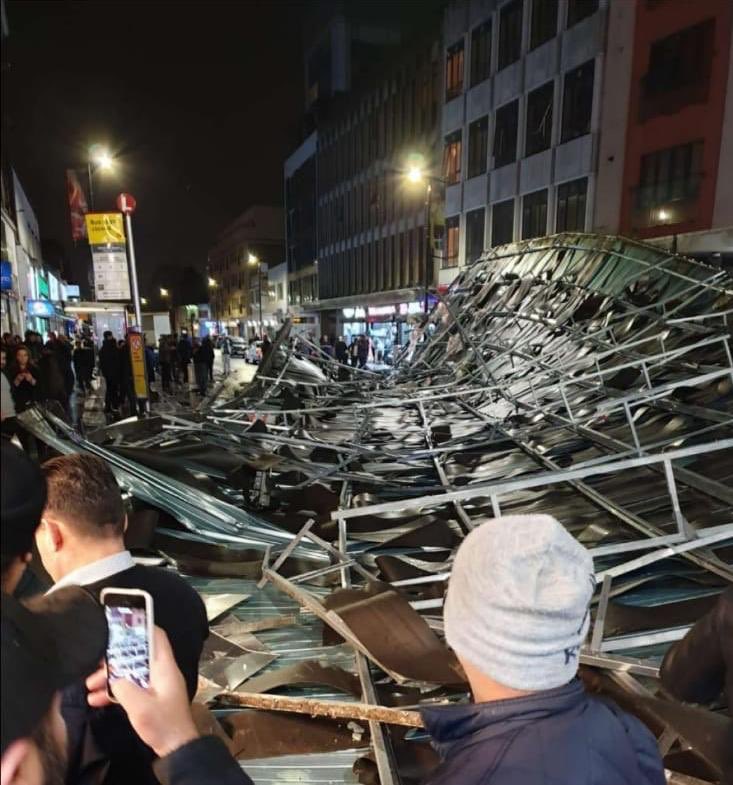 Police do not believe anyone has been seriously injured and are working with emergency services to make the scene safe.

TVP Slough tweeted: "The road is closed and people are advised to avoid the area. Thank you to everyone for their ongoing patience while we deal with the incident."

We do not believe that anyone has been seriously injured, and we are working with other emergency services to make the scene safe.

The road is closed and people are advised to avoid the area. Thank you to everyone for their ongoing patience while we deal with the incident. 2/2 pic.twitter.com/FcR3LGkYJ9

A spokesman from Slough Borough Council confirmed on Twitter that specialist officers are on route to assist emergency services.

We are aware of the incident in Slough High Street and specialist officers are on route to assist emergency services. Please avoid the area if at all possible and take note of road closures. Congestion is heavy so please be patient. Thank you.

People have been asked to avoid the area.

South Central Ambulance said final checks were being taken to confirm no one is under the debris.

We are at Slough High Street with @TVP_Slough, @RBFRSofficial & @SloughCouncil. A roof from a block of flats has been blown across the road which is now closed. Fortunately, no injuries currently & final checks being undertaken to confirm no one under the debris @SCAS999RSO pic.twitter.com/dLLteABYp0

Reporter David Lee is on the scene.

Ducked out of @SloughCouncil meeting to try and establish what’s happened. Police say scaffolding has fallen from a nearby building. Cordon currently in place. pic.twitter.com/Ti5inIqzD9 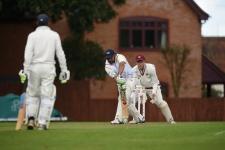 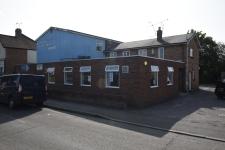 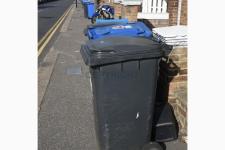 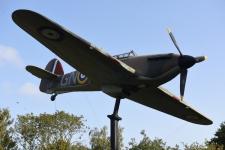