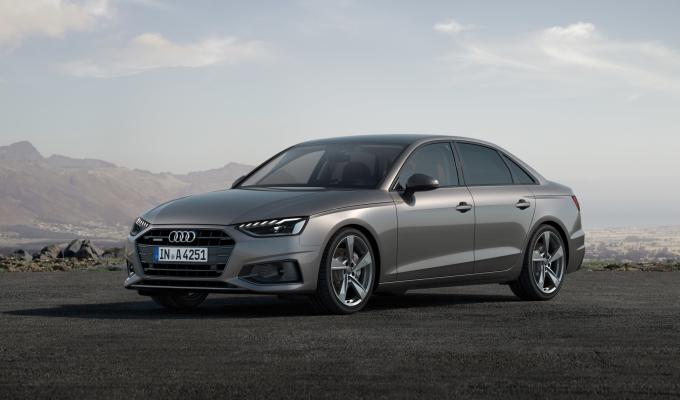 It’s human nature to have preferences but in the world of motoring writing you have to attempt to avoid turning that into bias.

So it is that for the last 37 years we have tried to avoid our love for a then-10-year-old Audi 100 LS saloon from colouring our opinion of current Audi models. It’s hard to resist that misty-eyed nostalgia about what to us was HOT 7L, a metallic blue saloon that had been stripped to bare metal and repaired wherever necessary in preparation for an aborted export to Scandinavia, where the rules about roadworthiness were tougher for old cars.

Mechanically, it developed an appetite for oil and after spending about £500 on a top end rebuild we sold it for £600 to a colleague. He realised the value of the plate, sold it for more than he paid for the car, and effectively got a free motor with a rebuilt body and engine. It was reregistered ABK 119L and a quick online check shows it disappeared from the road tax system at the end of May, 1987.

Sad end to a magnificent car we always regretted selling but it suffered from a then-common problem of sometimes selecting reverse instead of first. The only way to check was to look in the mirror to see if the driver behind at traffic lights was alarmed by the sudden appearance of reversing lights as the signals turned to green! No such troubles with the latest Audi to pass our way, an A4 with the S-tronic automated gearbox which lets you know in the instrument display which way it’s about to travel!

The last time we drove an A4 was back in April, 2016. It was an Avant 3.0 TDI quattro S-line Tiptronic, the estate car version with a three litre diesel engine but the same transmission. It averaged 40 mpg while we had it – the latest A4, a 40 TFSI 190PS S line S-tronic demonstrated how far petrol engines have progressed because it only drank a gallon of fuel for every 38 miles covered and offered a (restricted) 150 mph top speed to match that of the big diesel although its acceleration at 7.3 seconds from 0-62 mph was two seconds behind.

The A4 is much bigger now than it was a decade ago, more akin to the A6 executive saloon’s footprint at the end of the Noughties. So these days, an A4 is probably enough for most people especially as, despite the generous interior space, there’s also a 460 cubic foot boot out back – it doesn’t sound huge but the shape is sensible so it swallows a lot. Under the floor, in what would be the spare wheel well, is the battery placed low and ideal for a better centre of gravity and therefore better handling.

S line trim brings a sporty flavour without too much harshness and it’s possible to play with the settings to get comfort or sharpness. This also affects the way the engine responds, with an economy setting for those who feel overcome by meanness.

Inside, grippy seats locate the body well but at this car’s £36,235 on the road price it might be reasonable to expect electric adjustment at least for the driver’s seat. However, it’s hard to fault anything else about the interior and a clever touch is a bonnet release that curves round to block operation unless the driver’s door is open.

Most cars now have very low front ends to improve aerodynamics, perfect for the many Audis you see burning rubber down the motorways. It’s not so practical when encountering big speed bumps or kerbs – as we backed out of our driveway the front corner caught and dislodged a piece of previously invisible trim from behind the bumper, not something that owners will appreciate.

All in, though, it’s a great car to drive and would be a pleasure to own, although without the optional £325 19 inch alloy wheels fitted with 35 profile tyres. The electric tilt and slide sunroof also seemed steep at £1,250 when other makes charge less for a full glass opening roof but that’s a detail we would live without.

Best bits: still on top of its game