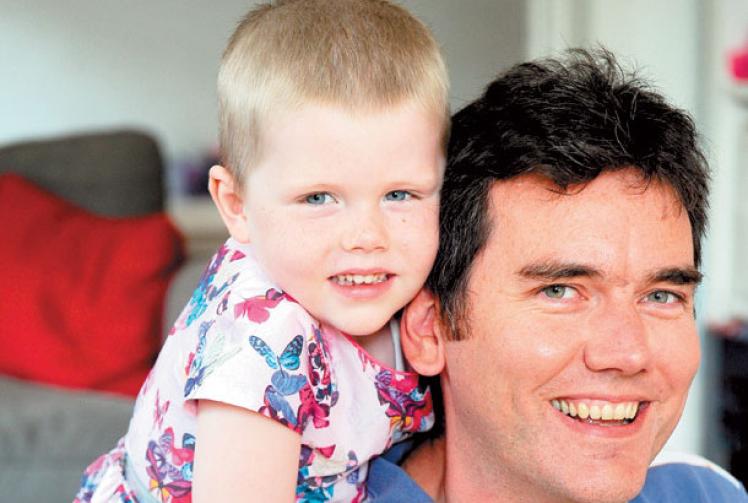 A father-of-three is preparing to take on a major hiking challenge for the three charities that have been helping his four-year-old daughter combat leukaemia.

Megan Naber was diagnosed with acute lymphoblastic leukaemia 13 months ago.

Her father, Grant, 37, will be completing the Three Peaks Challenge to raise money for Make-a-wish, CLIC Sargent and Sebastian’s Action Trust which have helped the family the most.

On Friday, June 24, Grant and his team of eight other fundraisers, the ‘Megan’s Movers’, will tackle the tallest mountains in England, Wales and Scotland – Scafell Pike, Snowdon and Ben Nevis, all in under 24 hours.

Megan has been receiving treatment at both Wexham Park and Oxford John Radcliffe hospitals.

Making good progress, she is now moving on to new, long-term stages of chemotherapy with the support of her older brother William, five, younger sister four-month-old Jessica, and parents Grant and Natalie.

Grant has always enjoyed hiking and wanted to undertake a fundraising challenge worthy of people’s donations.

‘Megan’s Movers’ aim to raise £5,000 for the three charities that have been helping the family through Megan’s treatment.

Project manager Grant said: “It has been quite challenging for everyone. Megan has been dealing with her illness better than most adults.

“She has been coming on short walks with me to help me train.”

Make-a-wish is working with the family to make Megan’s dream of visiting Lapland come true later this year while CLIC Sargent has been supporting them since the diagnosis of Megan’s condition, explaining the process to the family and even offering a house near the John Radcliffe hospital for the family when Megan has undergone multiple days of treatment.

Cookham Montessori, where Megan goes to school, has also been fundraising.

Visit http://uk.virginmoneygiving.com/team/megansmovers to donate or find out more. 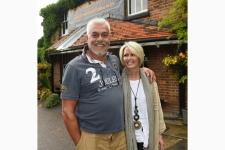