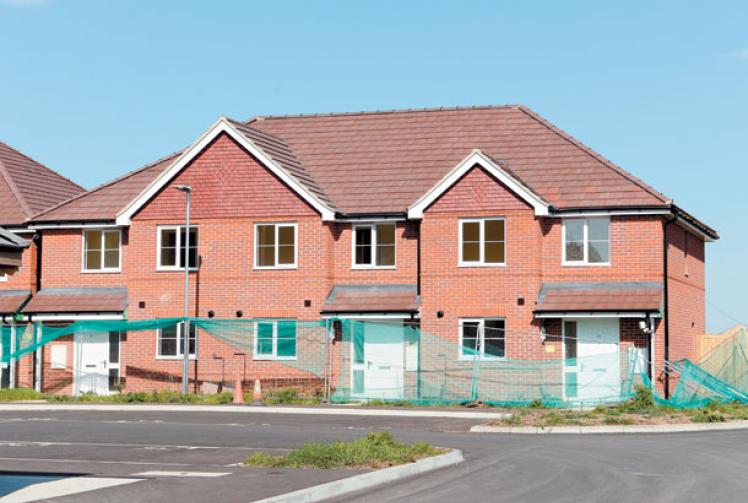 Affordable homes in Woodlands Park Avenue that have sat empty for six months over a legal wrangle have been described as 'tragic' by a parish councillor.

The 10 houses and three bungalows have been left fenced off and are becoming an ‘eyesore’ for nearby neighbours.

It has emerged that a covenant is on the land, dating from 1972 which restricts buildings or structures from being built or placed on the property.

The development for 23 homes by Millgate Homes was approved in March 2014 and was linked to a separate application for housing at Woolley Hall.

The homes were offered as the affordable housing requirement for the Woolley Hall development. The houses and bungalows have remained empty, despite residents moving into the flats opposite.

Derek Searle, a neighbour, said: “It’s just an eyesore, people need houses and there they are just sat here and no one knows why.

“The houses have been finished for over six months and they have just been left, so why has nobody moved in?”

Kasia Mrozek lives in one of the flats with her family. She said: “There are 10 families that live in this block and we moved in last September. We don’t know why the houses opposite are empty.”

On the fence opposite the site there is a public notice for a restrictive covenant application submitted by Millgate Developments Limited seeking discharge of the restrictions.

Nick Jackman, land and planning director at Millgate Homes said: “The second phase is subject to the legal process, and we are confident we will overcome these issues within the next few months so people will be able to move into the houses.”

When asked how the houses had been built when there was a covenant on the land preventing development, the spokesman said he was unable to comment due to the legal application to overturn it.

The houses are also currently in the process of being sold to housing association Housing Solutions.

A spokeswoman from Housing Solutions said: “We don’t own the properties, they are still in the possession of Millgate Homes, so we are not able to comment.”

Pat McDonald, White Waltham parish councillor for Woodlands Park said: “I think it’s very disappointing for the people in Maidenhead who are desperately in need of a home and can’t afford their own property.

“Clearly this is a terrible mistake. If you are a family reading this now and you find out there are empty houses available this will be incredibly disappointing.

“It’s tragic, I hope the covenant can be dealt with swiftly so the homes can be used.”