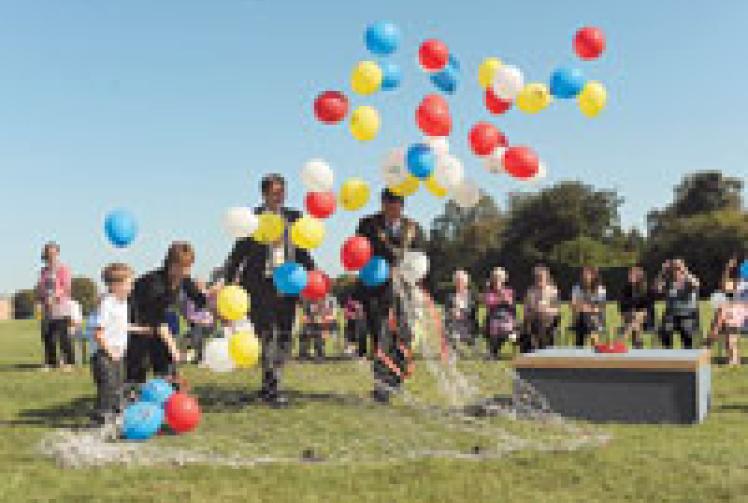 A year's worth of events and celebrations to mark the 50th anniversary of Furze Platt Junior and Infant schools in Maidenhead were kicked off on Friday.

The Mayor of Windsor and Maidenhead, Cllr Colin Rayner, and past pupils and staff from the schools' last five decades released balloons and made speeches to current students in bright sunshine at the playing fields in Oaken Grove.

The event was followed after the school day by a cake sale, which raised £680 for the Thames Valley Adventure Playground in Taplow.

Becky Whyte, a school governor and member of the planning committee, said: "It was a really brilliant day and the sunshine was really in our favour.

"The special guests and the children had a really good time."

Karen Gonzalez was one of three attendees who were at the school when it opened in 1962, along with Beryl Tilley and former head secretary Sheila Fontaine.

Karen, who was one of about 25 former pupils and staff to attend, is now planning a larger reunion for April. Anyone involved with the schools over the past 50 years can get in touch by emailing kvgonzalez@yahoo.com.