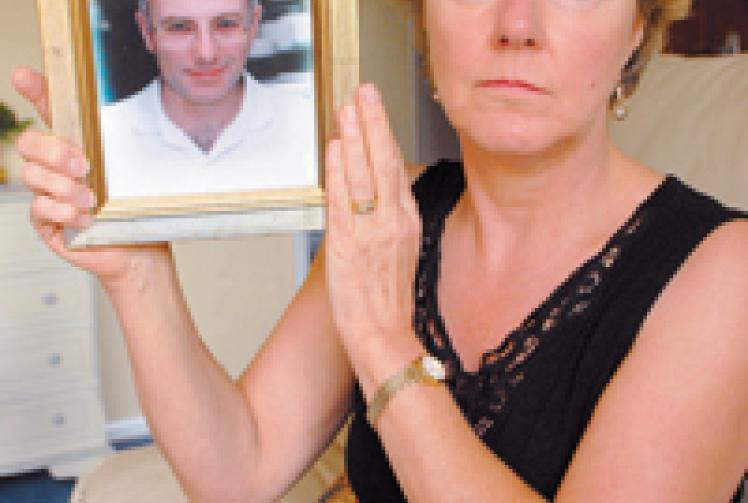 A widow whose husband died alone because he feared the consequences for her if she helped end his life has backed calls to legalise assisted suicide.

Sheila King has added her voice to the campaign to change the law as she believes her husband Stephen would still be alive today if he had been granted the right to decide when to end his life.

Instead she faced the heartbreak of finding his body hanging in the garage of their home in Bedford Close, Maidenhead, in April.

"Had my husband been able to choose when to end his life he would have enjoyed a longer and happier one," she said.

"I just want to do something to help other people so they don't have to be in that situation."

The controversial issue has returned to the fore after locked-in-syndrome sufferer Tony Nicklinson lost a High Court fight to allow doctors to legally end his life. He died yesterday.

Software engineer Stephen had been battling Multiple Sclerosis for 10 years.

The degenerative disease, which attacks the nervous system, was affecting the 57-year-old's mobility and concentration.

"Everybody supported him as much as they could but he just knew what was coming for him," Sheila explained.

"He saw his future as a dark time of being trapped within his own body."

A former Cambridge University student, Stephen, who would have been married to Sheila for 35 years this month, had spoken of paying for assisted suicide abroad.

But the father-of-two was frightened his wife would face criminal prosecution if she took him there.

Sheila, an examinations officer, believes this drove him to end his life earlier while he was still capable.

"He did it because he loved me and the family and he didn't want there to be any repercussions for us," she said.

"It was a really brave thing to do."

The 56-year-old, who met Stephen when she was 18 and described him as her 'best friend', says she had no idea he was planning to take his own life when she left for work that day.

When she returned home she made the devastating discovery.

"I just have that image in my mind. It gives me nightmares," she said.

An inquest into Stephen's death is due to take place at Windsor Guildhall today.

Sheila will attend and expects a verdict of suicide to be recorded.

Seeing Mr Nicklinson on the news last week spurred her to speak out about her experience.

"I've got really angry about the law and that Stephen had to die like this," she said.

Sheila has written to Home Secretary Theresa May and biologist and author Richard Dawkins, who has been vocal in his condemnation of the law against assisted suicide.

She has also contacted the national campaign and organisation Dignity in Dying.

"I do not want others to face the grim decision which Steve took with such courage," she said.