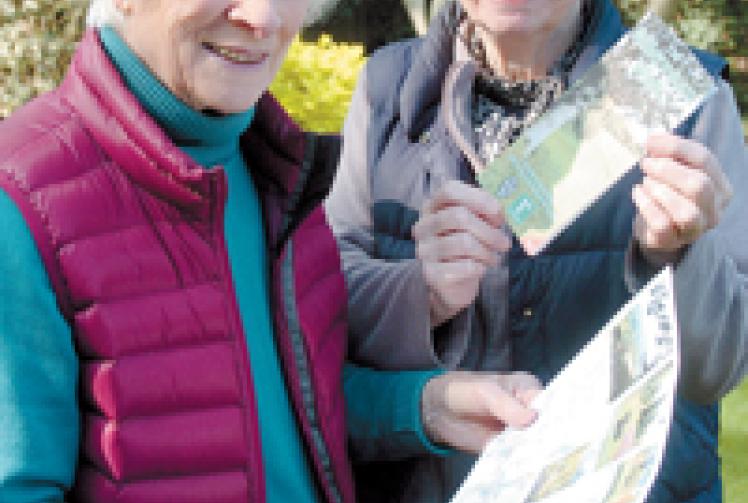 The official opening of a missing link in the Millennium Walk project in Maidenhead is due to be celebrated with an inaugural tour next month.

The Maidenhead Civic Society and the East Berkshire Ramblers Association are inviting walkers to join a 3.5mile walk from Pinkneys Green to Hurley via the new trail through land owned by the Berkshire College of Agriculture.

The newly permitted path is one of the last missing links in the Millennium Walk, a joint project between the two groups which aims to get more people walking in the countryside.

Once completed, the walk will stretch almost eight miles from Hurley to Maidenhead riverside connecting to the Thames Path at either end.

Project co-ordinator for the civic society, Ann Darracott, said the project has met a number of 'obstacles' since it was first proposed in 1996.

"Trying to fill in the missing links in the walk has been a long process and is still ongoing.

"We've had problems trying to secure permission from land owners which has resulted in lengthy negotiations."

She added with the path across the Hall Place college now permitted, only two missing links remain including one from Lower Cookham Road to the towpath, which is near completion.

Ann said the final link, which crosses the railway line in Furze Platt, is 'more problematic' due to health and safety reasons and further negations will be needed.

But she added: "We're so grateful the Berkshire College of Agriculture are on board.

"It has taken us one step further to completing the project."

A coach will collect people from Hurley car park at 10.15am on Saturday, May 12 before taking them to Pinkneys Green where the walk will start.

Ramblers will stop at the Temple Golf Course for an official opening with refreshments.