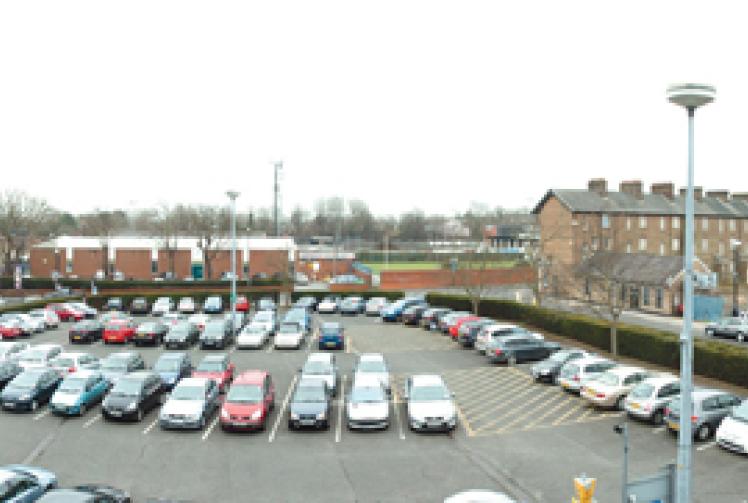 A developer is being sought to transform a 'horseshoe' of land around Maidenhead Town Hall.

The Royal Borough of Windsor and Maidenhead council is seeking a company to invest tens of millions in building homes, offices and restaurants on the prime site.

The council hopes the project can progress quickly as it already owns 80 per cent of the land, made up of council offices by the library in St Ives Road and town hall and Grove Road car parks.

The rest of the privately owned land houses the row of derelict houses in York Road, the Anchor Pub, Maidenhead Heritage Centre and the neighbouring offices in Park Street.

Last week cabinet members agreed to advertise for an investment or development company.

The site is earmarked for development as part of the York Road opportunity area in the Area Action Plan (AAP).

Maidenhead United's ground and Desborough Bowling Club are also part of the opportunity area but have been left out of these new plans.

The Magpies have said outright the club wants to stay put and the bowls club said it will not move unless a developer relocates it elsewhere.

Cllr Saunders said: "The council has decided that given the momentum established it seems right for us to put in the market place the opportunity to take forward this development."

He said the clubs could be brought back into the mix if they desired.

The council wants to see the horseshoe transformed with 100 homes, 12,000 square metres of office space, ground floor restaurants and cafes, a public square next to the town hall and a green space next to the library.

Cllr Saunders said some of the public space may have to be sacrificed to make a scheme financially viable.

He hopes the project could be developed in partnership with other property owners and without the need for Compulsory Purchase Orders.

Shanly Group owns the row of houses in York Road but there has been no discision with the company as yet.

Operations director Tamra Booth said it was 'excited' to hear the council wanted to progress the development of the site.

"We have put some design ideas forward previously and would be happy to continue to assist where we can if they so wish," she added.

COMMENT: What do you think of the plans? Tell us in the box below.