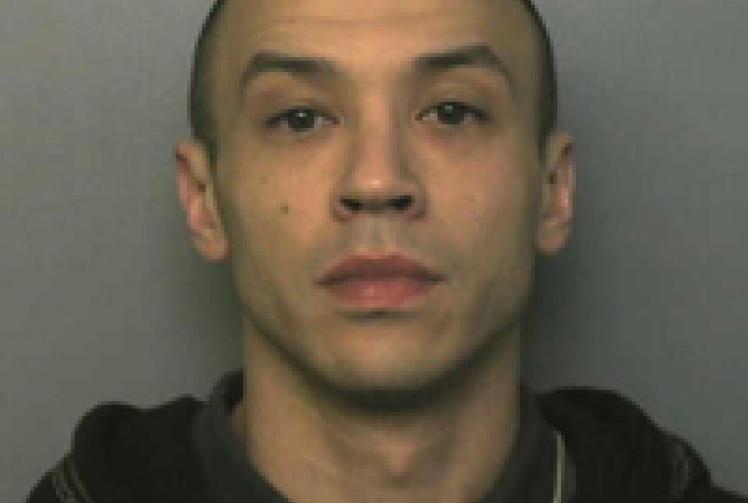 A judge has sent four men to prison today for bringing 'gangland violence' to Maidenhead during a double shooting in a tattoo parlour.

Anthony Cooke, Leon Dorman, Joseph Gentle and Drizz James have all been convicted over their involvement in the attack.

Cooke, 31, from Bedford and Dorman, 30, from Dunstable, were both given indeterminate sentences after being found guilty of conspiracy to rob, possession of a firearm with intent and two counts of wounding with intent each.

This means the length of the term they will serve in prison has not yet been set, but will be decided based upon their behaviour while they are inside.

Both have been given minimum sentences to serve; nine years for Cooke and eight for his accomplice Dorman, and they will remain on licence for life if they are released.

Both were cleared on two counts of attempted murder.

James, 22, from Luton, was found guilty of conspiracy to rob and possession of a firearm, although it was accepted he did not enter the tattoo parlour at any point.

He was given two nine-year sentences to serve concurrently - in other words, at the same time - minus the days he has spent in custody since his arrest in October.

Getaway driver Gentle, 22, of no fixed abode, was convicted of conspiracy to rob, but the jury failed to reach a verdict on the charge of possession of a firearm, so it will lie on file.

He was sentenced to six years in prison minus the days he has spent in custody since he was arrested in August.

It took the jury more than 30 hours to reach their verdicts.

She told the group: "You brought gangland violence into this residential area."

Read the Advertiser's reports of how the trial unfolded:

Report 2: Court hears shooting was result of a confrontation over drugs

Report 4: Shooting victim is accused of carrying a gun

Report 7: Photos showing cash on a phone shown in court

Report 13: Four men to be sentenced over Maidenhead shooting