The council's decision to review the town hall's future is 'emotionless' and 'lacks pride', a meeting heard last night (Thursday).

The future of Maidenhead Town Hall is under consideration with the council looking at the possibility of creating a new corporate building in the borough.

And at a virtual cabinet meeting last night, Conservative councillors unanimously agreed to draw up a business plan investigating the possibility of the creation of a new corporate building.

The Tories claim that the existing building requires significant maintenance costs and does not meet its climate targets.

Earlier this week, councillors had locked horns over what was going to happen to the St Ives Road building, with opposition councillors accusing the Tories of planning to sell off the town hall to developers.

A long debate ensued over Zoom last night with all political parties, and public speakers, getting their points across on what the recommendation meant for the town hall's future.

Member of the public Andrew Hill questioned the leader of the council, Councillor Andrew Johnson (Con, Hurley and Walthams) about whether the borough had already been in talks with 'third parties' to sell the building.

"Maidenhead's history is every bit as important as Windsor history," he said. "Cllr Johnson, has RBWM been in negotiations with any third parties to sell or re-use the town hall?

"The report to my mind is robotic, emotionless and lacks pride. When you walk in the building, don't you share a sense of pride in its magnificent grandeur?

"The report does not really comment or acknowledge the building's sheer versatility. This is a building that has saved countless lives in the last few months [as a vaccination centre].

"Would a central, modern building really be as versatile or inspire as much confidence?

"Proposing the loss of the town hall is where political parties go to die."

Mr Hill also asked whether the borough would be protecting the future of the Desborough Theatre, which is located within the town hall, as part of its review.

In response, Cllr Johnson said that the Desborough Theatre would 'absolutely be included' in its thoughts should the council leave the town hall.

"All options will be considered at the most appropriate time but only after we have progressed through the recommendations," he said.

"We have not taken any decision this evening to definitely leave this site."

In a statement, the council leader added that 'despite some pronunciations that have been reported in the press', the report was 'absolutely not a fire-sale' of the town hall.

"This paper relates to the future of our civic accommodation which may or may not include the continuation of our corporate HQ at it's current site," Cllr Johnson said.

Later in the meeting, opposition councillor Geoff Hill (TBF, Oldfield) said that he was 'struggling' with what he was reading in the cabinet report.

He said that, according to the recommendations, 'the decision to exit the building has been made' and the borough is looking for a 'bright, shiny new office'.

Lead member for Maidenhead, Cllr David Coppinger (Con, Bray) said that he understood the historic value of the building, but added that the council has not yet made an affirmative decision.

"I know full well how important this building is to all residents of Maidenhead," he said. "But I applaud the council for the approach they are taking which is totally open, everyone knows we are taking independent advice on what to do.

"There is nothing hidden at all, and no decisions have been made." 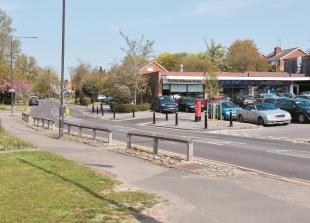