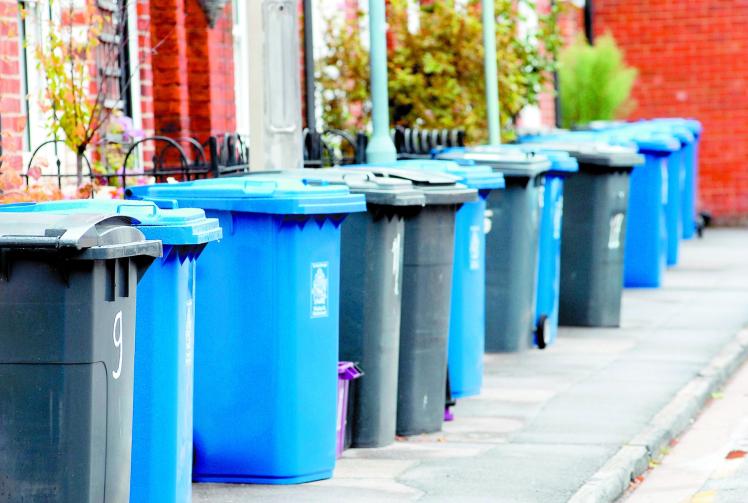 Residents will be able to have a say on the council’s draft budget for 2021/22 starting on Monday after the cabinet agreed to approve the proposals and send them for consultation.

At a cabinet meeting yesterday (Thursday) Conservative councillors voted unanimously to send the draft to public consultation, which will take place primarily online but will also be available in paper format for those who struggle with digital.

As well as going out for a 10-week consultation, the drafts will also go before the council’s scrutiny panel before a final proposal is voted on in February.

Some controversial savings that have been proposed include cutting black bin collections from weekly to fortnightly, reducing the number of community wardens on the streets, and lowering arts funding.

At the meeting, council leader Councillor Andrew Johnson (Con, Hurley and Walthams) described some elements of the draft as ‘tough’, but he and other cabinet members were supportive of the plans, which would save the council about £8million.

Introducing the draft budget at the meeting, Cllr Johnson said: “It sees an ambitious programme to deliver upon our agenda, which is to create a borough of opportunity and innovation, but it also promotes some difficult saving decisions.

“This is certainly not an administration under my leadership which shies away from taking those difficult decisions.

“This budget lays the pathway back to a sustainable and green economy going forward, but also continues to provide critical services for the vulnerable.”

Speaking on one of the most controversial aspects of the draft - axing weekly black bin collections - Cllr David Coppinger (Con, Bray), lead member for environmental services, was in favour of the idea.

He said: “If we did not have to find savings to cover the COVID shortfall, I would still be asking to move black bin collection to fortnightly.

"Earlier this year, we as a borough proved that we could move to fortnightly and did very well.

“I am determined to lift the level of recycling in the borough, we are good at it, but we can and must do much better. Fortnightly collection of black bins could help us do much better, but I want your views, and this is what this consultation is all about.”

Opposition leaders were supportive of the consultation, but took issue with several aspects of the draft.

Cllr Lynne Jones (Ind, Old Windsor), leader of the local independents, said: “I’d like to express my appreciation that for the first time that I can remember, a draft budget is being brought, this gives all councillors time to try and input and try and come up with other ideas that could help the budget.

“There are immediate areas of concern though, around reduction in services. Those services are libraries, community wardens, yet more back-office staff, road cleaning, day centre closures, home to school transport, as well as appearing to place more demand on the voluntary sector."

Cllr Simon Werner (Lib Dem, Pinkneys Green), the Royal Borough's Liberal Democrat leader, added: “Can we make sure this is a real consultation with real options, where we find out what the residents really think about how it affects them, and that we properly inform them about how the budget’s going to affect them.”

Meanwhile, Cllr Helen Price (TBF, Clewer and Dedworth East) was critical of the impact the draft proposals would have on the voluntary sector.

She said: “The voluntary sector could step into the breach, I’ve heard some claim. Really?

“Decimated isn’t the right word because that means only one in ten disappear. Our voluntary sector is going to be a shadow of itself over the coming years and in my opinion unable to plug all these gaps.”

On the role opposition councillors had to play on producing a final budget proposal, Cllr Johnson added: “It's well in the abilities of the opposition to be able to put together sensible amendments.

“There may be opportunities where you can add significant value. The opportunity, unlike last year, is certainly there.”

After the debate, cabinet members unanimously agreed to approve the draft and send it on for consultation.