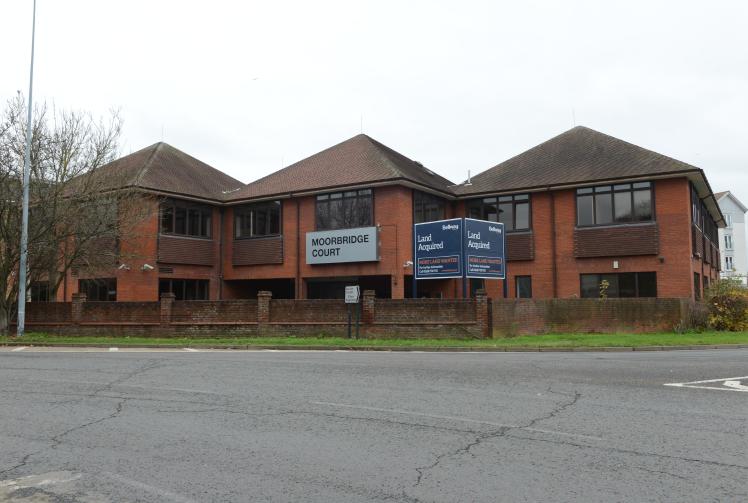 ‘Pigeon coop’ blocks of flats up to 10 storeys high may soon be coming to Maidenhead after councillors granted planning permission subject to conditions yesterday (Wednesday).

Members of the Royal Borough Development Control Panel discussed plans to build 139 flats in five blocks, one of which would be 10 storeys, which would be built in place of the vacant office buildings Moorbridge Court and Liberty House, in Moorbridge Road.

After lengthy debate, a motion to reject the plans failed. Instead, councillors voted to ‘defer and delegate’ the decision to the borough’s head of planning, which will be granted once certain conditions are met.

The plans, which were submitted by developer Bellway Homes, came in for heavy criticism from some councillors.

Cllr David Hilton (Con, Ascot and Sunninghill) said: "This is described as a gateway development, these developments are always big, always in your face and not necessarily that attractive.

“I wonder if the applicant is being a bit greedy in seeking 129 dwellings at 258 dwellings per hectare.

“This is quite eye-watering, and something I have not seen in the past.”

Cllr Geoff Hill (TBF, Oldfield), was in agreement with Cllr Hilton. He said: “It's certainly a site that should be developed for housing, I don’t regret the loss of the office space, some of that office space has been out for rent for eight, nine, 10 years.

“We have five towers here to keep the height down, but that consumes amenity space and runs the parking down.”

The plans include five affordable homes, a mix of social and affordable rented accommodation, as well as 66 car parking spaces, including 26 electric vehicle charging points.

He said: “I am quite conflicted by this development. I think the affordable housing set out is a possible advancement on the zero that were originally proposed by the developer, and that affordable housing being in its own block is a positive thing.

"I think we need to look at this in the round, knowing that the offices could be converted into flats tomorrow.

"Just as it is, we wouldn’t have any of the affordable housing and it would just be a big ugly office block, I don’t think that is any better than what’s being proposed.

"I think I might argue what we have here is better than that."

A proposal to refuse the plans was put forward by Cllr Hilton, but did not garner enough votes. A vote to defer and delegate the decision to head of planning was then successful.