The Advertiser at 150: A look to the future of the newspaper

The Advertiser has faced many challenges over the years and has had to adapt to changes in the industry. Group news editor Grace Witherden spoke to chief executive Jeremy Spooner and chairman Jason Baylis about where they think the company will be in 50 years time and if there will always be a place for local news in Maidenhead. 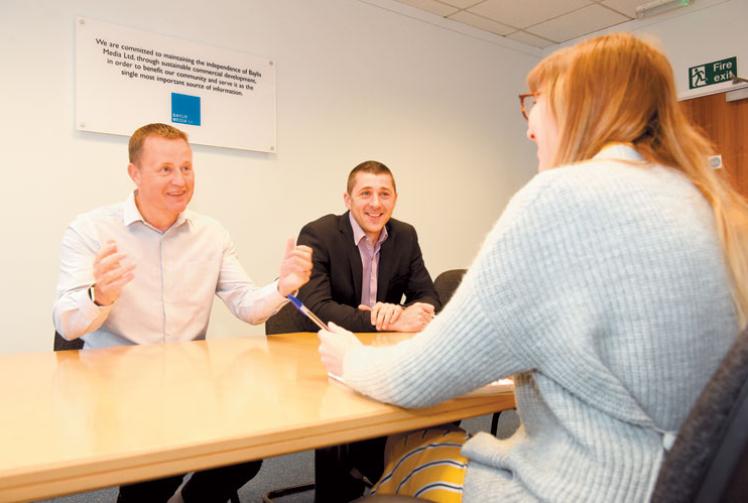 How do we support high-quality journalism in the future?

This question is one of the biggest challenges faced by news publishers today, and it is one that Baylis Media chief executive Jeremy Spooner and chairman Jason Baylis have been considering for some time.

But supporting high quality journalism has always been a challenge in an industry which, over the years, has had to adapt to new printing techniques and technologies, the creation of the internet and compete with tech giants such as Google and Facebook.

When Jeremy and Jason started full-time at Baylis Media 36 and 26 years ago respectively, both their fathers and granddad were still working at the company.

“As a child I was dragged into Maidenhead every week-end and during the week, we used to live in the office. We grew up in that paper environment,” said Jason.

“When I started here we were doing huge papers, papers that were touching 200 pages in a good week, we had 30 pages of jobs.” 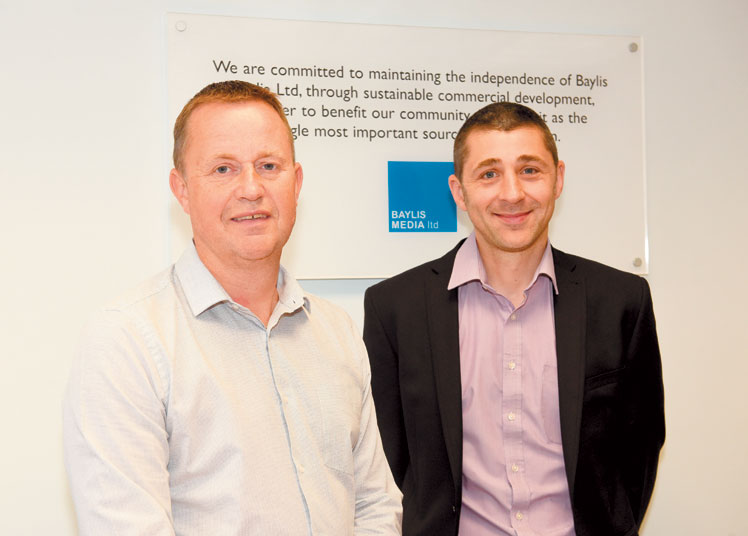 While today one of the main challenges faced is competing with tech giants such as Google and Facebook for advertising revenue, the pre-internet age was not without its struggles – with industrial relations being the most notable.

Jeremy said: “I remember my father talking of the difficulties he and the other directors faced when looking to effect changes in the business. The unions resisted these successfully due to the balance of power being too in their favour.

“This was dangerous as it prevented the company from effecting change quickly, which a company needs to do at times. You can’t have a body that stands in the way of change as it is one of life’s few guarantees – things will continually change and we must change too.”

He said one of the trustees of the Advertiser Trust, John Robertson, who received an OBE for his services to the industry, said that despite the fact that he and his peers had considerable difficulties with industrial relations, they would much rather that than the difficulties created by the internet.

Both Jeremy and Jason said although the company embraced the internet early on, like others, it did not anticipate the effect it would have on the company, particularly on advertising revenue streams.

Adverts which always in the past would have been placed in the local papers such as property, jobs and cars started to migrate to online sites such as Rightmove, Autotrader and Indeed jobs. 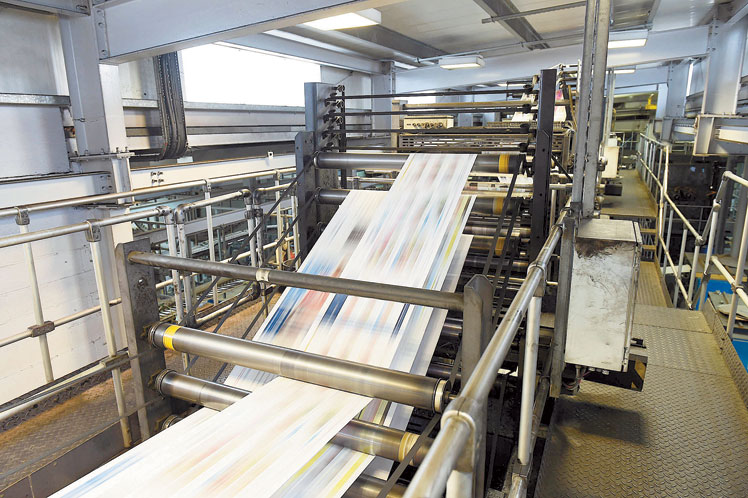 As the threat of the internet became clearer, Jeremy believes the industry missed an opportunity to seize the initiative.

He said: “We had the opportunity with the creation of the Fish 4 brand by the industry but for one reason and another it faltered and other brands moved into our space, such as Rightmove.

“The pureplays had the advantage of being new to the market and not having to be concerned, as we were, with our legacy products – the papers. We were not free of constraints.”

Jeremy and Jason believe Baylis Media must focus on growing the Maidenhead Advertiser audience and diversifying the company base in order to protect high- quality journalism.

Jason said: “From the millennium onwards we have seen a decline in readership of our newspapers.

“I remember board meetings and Dad was trying to help improve the circulation, so they must have been falling from that point.

“But we have replaced our print audience with a new and growing online one.”

Jeremy added: “We now talk about our total audience rather than that of the newspaper. We reach more people now than we ever have done.

“Previously we said we must print newspapers, now what is changed is we must produce high-quality local journalism that people trust, which is an important part of the democratic process of this country.

“That is our job going forward, to stop the rise of fake news and be a place people can go to find out if something is true.”

Baylis Media has set up a number of new initiatives to support high-quality journalism including Axate, a service which asks our readers to pay 20p per article on some premium content.

“The mood seems to be at the moment after the Cairncross review that if we want a strong local and national press, there has got to be changes.

“There has got to be some way of supporting local journalism because the business model that previously existed with advertising is under severe strain,” said Jeremy.

One avenue being explored is to see whether Baylis Media can get charitable status, which could allow the company to receive grants from other charitable organisations and may lead to business rate relief.

The company has also launched Hubbub Digital Marketing Ltd, a joint venture between Baylis Media and digital marketing agency Urban Media to ‘build on the relationship’ with current customers and offer them more expertise. 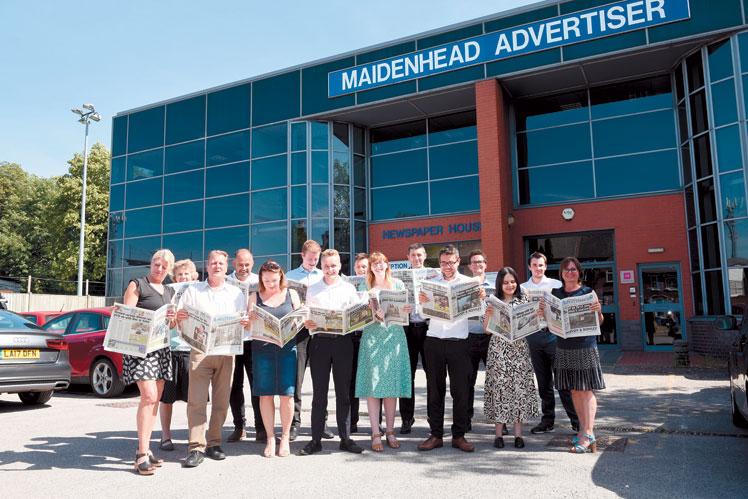 Jason has also spent the last two years working on a project to create a digital archive which will allow readers to look back on years and years of the Advertiser for an annual subscription fee.

He said: “I think it is going to be a very important service for the town as well as ex pats all over the world who might dip into it. There is some fantastic stuff in there.”

Jeremy said: “One of the issues we haven’t, as a society, got our head around yet is where will news be collated and stored if there are no local media companies.

“Once news is reported it becomes part of our history and local newspapers have been the guardians of that content.

“Going forward if there were no local newspapers where is that information going to be kept, who is going to do it?

“We have been a vault through history which now, through this project is going to be opened up.

“If we stopped time now and went forward 150 years, if Baylis Media is still here doing what it does, fine, you are going to have lots of local information and you can say here it is.

“Let’s say we go forward and there is no Baylis Media, all that information we collate and report, who is going to collate and record that and have it there?

“Who is holding the history?