Dad to run 13 half marathons in memory of son

Dad to run 13 half marathons in memory of son 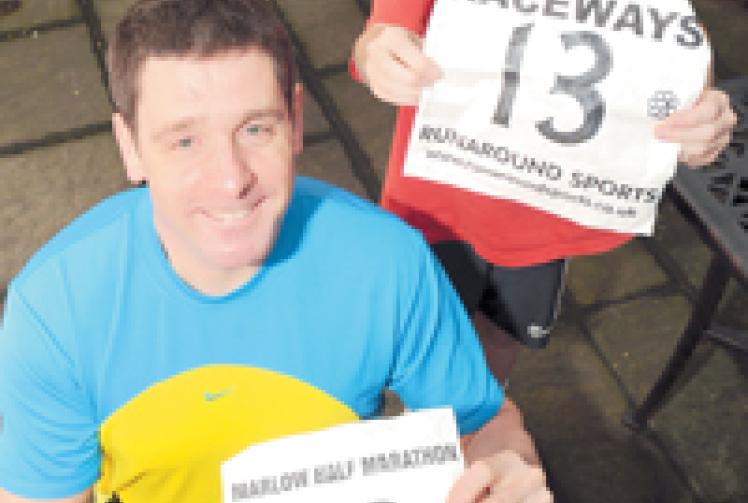 A bereaved father who lost his toddler son just 15 months after he was born is running 13 half marathons in 2012 to raise money for charity.

Gareth Ralphs will start his challenge next month and is hoping to raise as much money as possible for Daisy's Dream, a charity which helps families and children with life threatening illness.

The planning surveyor and his wife Suzy, lost their son Max suddenly on December 27 1999 at the family home in Courthouse Road.

The healthy active toddler started to display 'flu' like symptoms just before Christmas which led to Myocarditis, an inflammation of the heart muscle brought on by a viral infection which suddenly caused heart failure.

Gareth said losing a child is something many parents never get over.

"No matter how much you dislike a person I would never wish what we have been through on anybody," he said.

"It was a terrible shock, you're not put on this earth to bury your own children."

He said he is 'celebrating' his sons short life by running 13 13-mile races to celebrate what would have been Max's 13 year culminating with the Maidenhead half marathon on September 9, which would have been his 14th birthday.

The former Royal Borough of Windsor and Maidenhead development officer said his two other sons Sam, 15 and Toby, nine, will be supporting him and he wants to raise £13,013 for the charity which he says gave his family 'valuable help and support'.

Fundraising has already got off to a good start with more than £2,000 raised but Gareth said he is also looking for businesses who may be willing to match any donations.