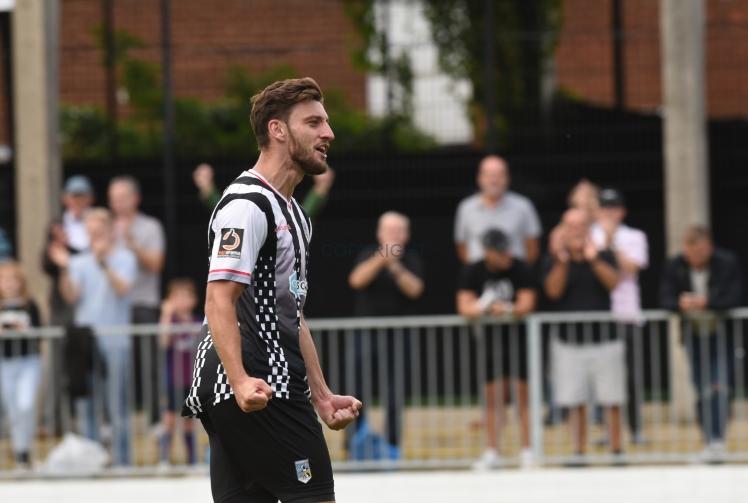 In a game full of incident the Magpies trailed 2-1 before leading 4-2, saw goalkeeper Chris Dunn save a penalty and Joe Ellul red carded as they held out for a crucial three points.

The victory lifts the Magpies six points clear of the relegation zone ahead of Saturday’s home game against leaders Barrow.

Ruel Sotiriou made his first start for Dover after coming in on loan from Leyton Orient, and it wasn’t long before he was celebrating his first goal, nodding in Bobby-Joe Taylor’s cross to get the Whites off to a perfect start in the fourth minute.

But the Magpies picked up where they left off in the second half of their 3-2 defeat to Woking with the belief that they could outscore their opponents. Seven minutes later they levelled matters when Josh Kelly played in Cassidy who drilled the ball into the bottom left-hand corner from the edge of the area.

The frantic opening to the match continued as the Whites restored their lead with Sotiriou swivelling and firing into the bottom corner of Dunn’s net in the 14th minute. The home side could have given themselves a cushion but Dunn kept out Jai Reason’s effort before Oscar Gobern sent the rebound over the bar.

But the Magpies gave as good as they got in this entertaining clash, with James Aktintunde seeing a shot tipped around the post by keeper Yusuf Mersin and Joe Ellul seeing his header cleared off the goalline.

But Maidenhead continued to press, and they got their reward in the 36th minute when Ryan Upward fired the ball home from just outside the box to make it 2-2. Then, on the stroke of half-time, they grabbed the lead for the first time when Cassidy latched onto a ball forward and sent the ball into the back of the net.

The half-time interval brought some respite from the drama, but the Magpies were right back at in the second, scoring from their first attack of the half. Atkintunde played in Ellul – surprisingly the furthest man forward – and he kept his cool to beat Mersin, slotting home from inside the box.

The Whites gave themselves a lifeline in the 67th minute through Paul Rooney’s headed finish, his first goal for the club, but momentum continued to shift, with Kelly denied when through on Mersin’s goal.

The home side were handed a golden chance to get something from the game when Ricky Modeste was brought down in the box, but Sotiriou was denied his hat-trick by Dunn’s splendid save.

The Whites continued to push. Dunn kept out Taylor’s free-kick with eight minutes to play, and match-winner Ellul was shown a second yellow card for a professional foul on the half-way line as the visitors held on for a precious three points. He’ll now miss Saturday’s game against Barrow through suspension but his actions might just have preserved all three points for United.

Hear from @ryanpeyo87 after tonight’s victory over Dover Athletic… ⬇️

A stoppage-time strike from Kreshnic Krasniqi sent Slough Town tumbling out of the FA Trophy at Arbour Park on Tuesday night.

The Rebels led the replay 2-1 in the second half thanks to two goals from Warren Harris in the 37th and 54th minutes. His first, an equaliser, saw him head home at the back post from Max Worsfold’s deflected cross. Harris then leapt brilliantly to head home Matt Lench’s free-kick, the ball bouncing off the post before rolling over the goal line.

And they missed a gilt edged chance to probably seal their place in the next round when Lench sent a penalty over the crossbar without troubling the Beachboys keeper.

The home side lived to rue that miss as in the 71st minute Concord were awarded a spot-kick of their own, with the referee deciding he’d seen a handball from a Slough player in the area. Danny Green stepped up to despatch the ball confidently past Jack Turner.

Slough were the side pressing for a winner in the final minutes, and Krasniqi was a lucky boy when he appeared to handle the ball in the box with three minutes remaining. The referee waved away the home side’s appeals.

Then, in the fourth and final minute of stoppage time, Sheriff beat his man in the corner before whipping in a low cross that Krasniqi tucked home from close range.

Slough can now concentrate on their promotion chase in National League South. They get back to league action on Saturday against Tonbridge Angels at Arbour Park. 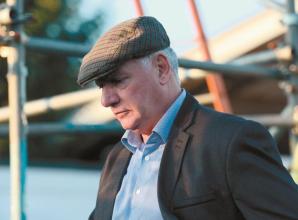 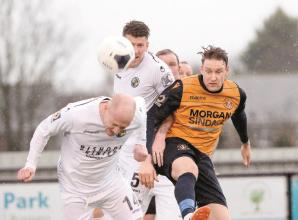 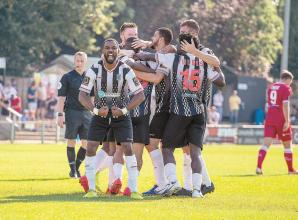 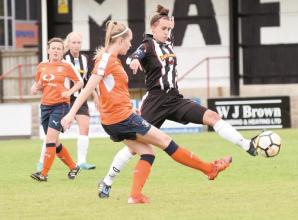 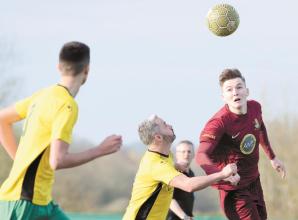 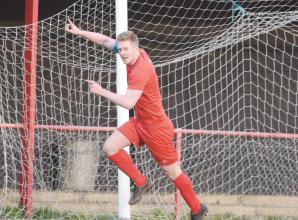 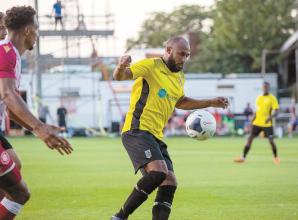 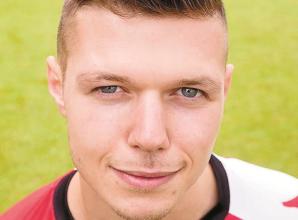 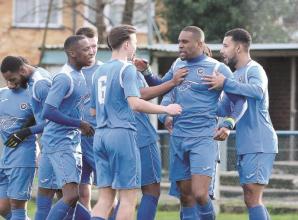 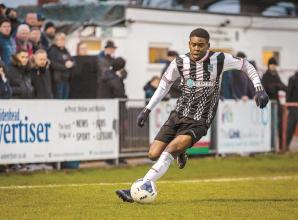 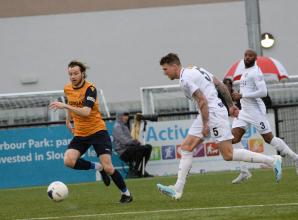 Slough Town held by Hawks in top of the table clash 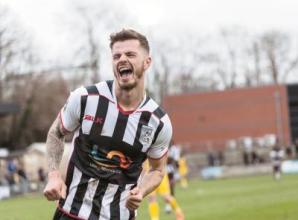 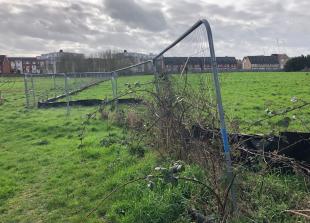