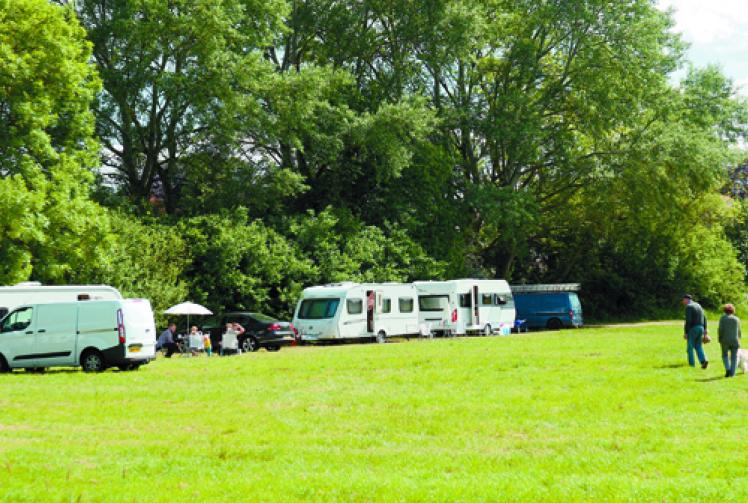 Travellers who moved on to a Cookham field were able to do so because of work to clear Marsh Meadow after Let’s Rock the Moor.

The annual 80s festival saw thousands of people descend on the village on Saturday, May 21, for acts like the Human League and Jason Donovan.

However, while equipment used during the event was removed over the following days, a group of travellers, including about four caravans, took the opportunity to pitch camp on the site in Cookham Moor, off Cookham High Street.

They were apparently able to do this at some point on Wednesday afternoon, when a bollard was lowered to allow access to the area, which is owned by the National Trust.

Mark Bradshaw, general manager in charge of Cookham Commons for National Trust, said: ‘We discovered that four caravans had gained illegal access to Cookham Moor – a site of natural and scientific interest.

“After working with the local authorities, bailiffs served notice and the travellers left the site on Friday.

“Our rangers are now working to restore the banking which was affected by the vehicles.”

Speaking after the group had left the field, Nick Billinghurst, co-founder and organiser of Let’s Rock the Moor apologised for any concern caused and promised steps would be taken next year to ensure it did not happen again.

He said: “There was a contractor working to take things away after the event and they left the bollards down for about half-an-hour to get something to eat. It was a disappointing end to the weekend.”

He added: “We will have to ensure that we have security present in the future, but this won’t just affect Rock the Moor, but also any other event held on the site.”

Jess Darwin, Ranger for Maidenhead and Cookham Commons said: "We were on site straight after the caravans left on Friday morning. We cleared seven bin bags of rubbish from the area. Most of this was household rubbish and already bagged up and left in a pile and some was litter from the car park.

"Unfortunately we have to pick up litter at Cookham Moor car park at least every week and following a large event there’s usually an increase of litter around the area.

"There was also some compaction and erosion to the banking at the access point to Cookham Moor due to vehicles passing during the event weekend and the following week. These banks have now been reinstated."