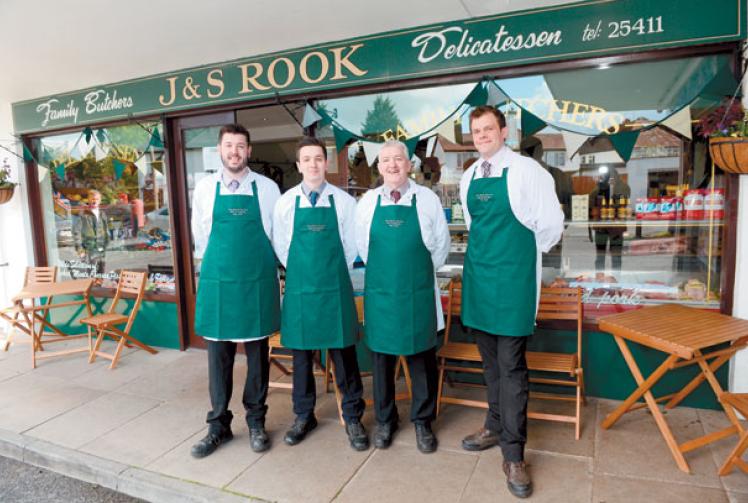 A butcher's shop at the heart of the community celebrated its 25th anniversary with drinks and food for its customers on Saturday.

When the couple moved to Holyport in that year, they had no idea how successful the business would become.

Jerry said: “It’s amazing to think we’ve been here 25 years, I’ve seen so much change. I have young mums that come in here with their kids and I remember when they were children.

“I think people did used to go to the supermarket for meat but now we’re seeing a return to people using butchers.

“I call them foodies, they use butchers to buy their cuts of meat, and chefs have been really good to us and will always go to butchers.

“I’m selling cuts of meat now that I wouldn’t have 20 years ago, so meat goes in and out of fashion.”

Jerry was born in 1956 and grew up in Camberley and worked in the butcher’s as a part time job, later working full time after he finished school.

His sons now work in the butcher’s along with Peter Borcherds, who has been manager of the shop for 15 years.

Jerry said: “I always knew I wanted to run my own business and it took me four years to find the right shop.

“We sold our three-bedroom house in Hampshire to move to a two-bedroom flat above the shop. We had to work long hours and we a two-year-old and two-month old baby to look after.

“Peter started as my Saturday boy and he’s now been managing the shop for 15 years and working at the shop for more than 20 years.

“I enjoy the trade because every day is so different and the people of Holyport have been very good to us.”

On Saturday, the store celebrated their 25th anniversary with their customers.

Jerry said: “The weekend went really well, lots of our customers came down to celebrate with us and the store was packed.

We put on a cooked brisket, sausages and there was lots of prosecco.

We wouldnt’ have lasted this long if it weren’t for our customers, they are the reason we have been here so long.”