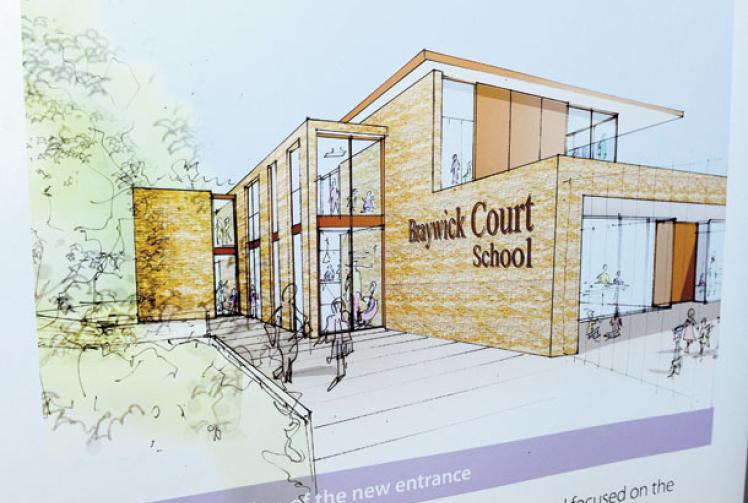 A primary school in Maidenhead could soon expand after submitting an application to the Royal Borough for a new school building.

A planning application has been submitted by Braywick Court School on Hibbert Road which asks permission to knock down the existing buildings and replace them with a part single, part two-storey school building.

Under the plans, the existing buildings will be removed and the same site will be used for a two-storey building, set against the northern site boundary in an L-shaped configuration

The two-storey building will have set-back first floor classrooms to reduce mass, with a hall to the east of the plan.

The school, which opened in September 2014, is run by the Belleview Education Trust and opened on the former site of Winbury School, which shut in 2011.

The school withdrew previous plans in September which would have seen it expand to take 210 pupils and take over the adjoining Braywick Nature Centre building.

The original plans attracted objections, including to the school’s ‘park and stride’ plan to cut traffic, which asked parents to park in Braywick Park and walk their children 500 metres to school.

A consultation was run in January asking parents and neighbours to submit their feedback on the revised plans.

The new application also includes a travel plan which would see a walking bus take children to school from the park and stride car park and work with the Royal Borough to resurface the footpath from the car park to the nature reserve.

Another suggestion on the travel plan is the introduction of waiting times on Hibbert Road.

On the travel assessment, it states: “The school has listened and supports the suggestion made by residents and endorsed by the Council in a note dated December 9 2015 and at a pre-application meeting on January 18 2016 that waiting restrictions on Hibbert Road would provide an additional safeguard against parent/carer car parking, although the school does not see this as a requirement to allow the proposed development to proceed.”

Reducing the speed limit on Hibbert Road from 30 miles per hour to 20 is also mentioned.

Visit www.rbwm.gov.uk  to view the application in full.

A decision is expected to be made by Tuesday, June 21.