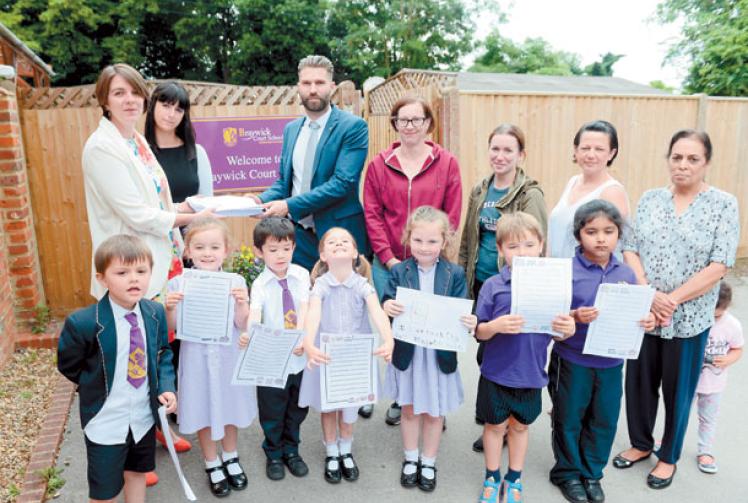 Plans to expand Braywick Court School have been recommended for approval by planning officers at the Royal Borough.

The school in Hibbert Road wants to demolish its existing 19th century building and replace it with a two-storey building which would accommodate 210 pupils.

More than 450 letters have been received in support of the application and pupils at the school have also written letters which will be handed over to the planning department ahead of a Maidenhead Development Control Panel meeting on Wednesday.

The school, which opened in September 2014, uses the former Winbury School site, which shut in 2011; the buildings are about 200 years old.

Last week, headteacher Gemma Donnelly responded to criticism about the plans including the park-and-stride proposal in the travel plan, the size of the building and the impact on the neighbouring Braywick Nature Centre.

On the report submitted by officers it states the panel is recommended to grant planning permission with various provisos.

Conditions include a revised travel plan, details of hard and soft landscape works, a construction environment management plan and a detailed mitigation strategy for bats.

The report also states the need for schools in Maidenhead.

Mrs Donnelly said:“We have received a fantastic response to our proposal and it shows that local community is behind our school.

“The more than 450 letters being submitted to the council is a reflection of that community support.

“There has been a school on our site for nearly 200 years and, due to high demand for places, children joining us in September typically live less than a mile away from the school.

“I would like to thank everyone for their continued support through the planning process.”

The panel meeting where the decision is set to be made will take place at the town hall from 7.30pm on Wednesday.

Visit www.rbwm.gov.uk to view the plans.