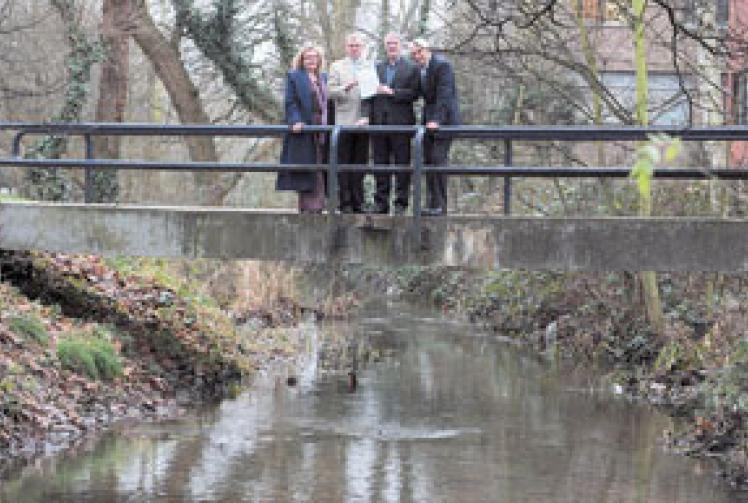 A key milestone has been reached in proposals for a waterway scheme through Maidenhead.

The group will now work on creating a detailed design of the waterways, and is calling on the public to come forward with ideas. It will also hold further funding negotiations with stakeholders.

The public has also shown support for the scheme, by voting for it to receive £8,000 through the Royal Borough's participatory budget.

"I think it's fair to say that there was, and remains, overwhelming public support for the project if it can be funded," said Mr Davenport.

"It is now a matter of whether the council and residents want this project enough to find ways to fund it."

The waterways scheme was unanimously backed by the Royal Borough's development control panel in June.

The group has been backed by the Shanly Group, the Louis Baylis (Maidenhead Advertiser) Charitable Trust and the Royal Borough, which helped raise £100,000 to complete and submit an application in 2011.

So far roughly £500,000 has been spent on developing the plans and demonstrating its feasibility.

The MWRG is inviting people to come up with ideas for inclusion in the next design stage, with fishing and viewing areas, canoe landings, further footbridges and an urban fishery among the options being considered.

The design stage is expected to take at least a year to complete.

The waterways scheme, part of the town's Area Action Plan, has been backed by the Environment Agency (EA).