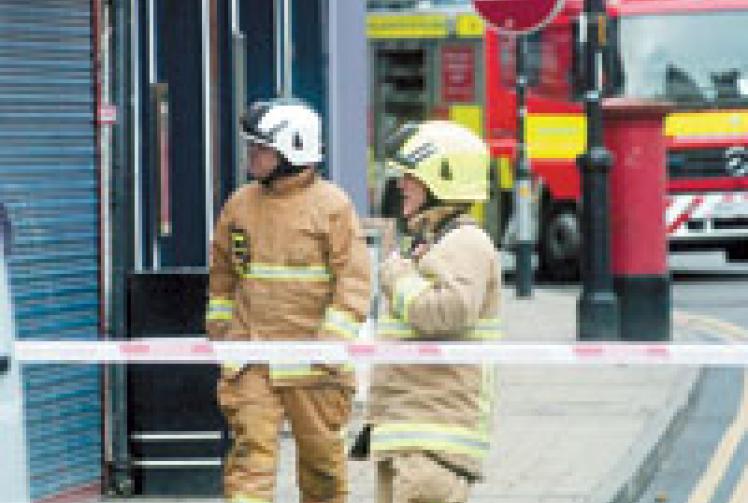 The scene of the gas leak in Queen Street

The owner of On Time Cars has spoken about the gas leak which brought chaos to the heart of Maidenhead yesterday.

A 100-yard stretch of Queen Street was cordoned off after police, firefighters and engineers from gas supply firm Transco were called to Queen Street around 2pm.

The alert had been raised by Amir Kabal, the owner of taxi rank On Time Cars. He noticed the smell of gas when he arrived at work at 6am. It got so bad he called the gas emergency services line. "I was feeling ill in the morning due to the gas," said Amir.

"My eyes were hurting, it was getting worse and worse."

Transco gas engineers carried out checks throughout the building at On Time Cars.

It was not until an engineer had stuck a gas detector into a ventilation shaft that the leak was found to be coming from next door - at takeaway restaurant Oven and Grill, where gas ovens had been left on.

Amir and five other staff were quickly told to leave the premises as a 'huge amount' of gas was leaking.

Surrounding businesses were evacuated and traffic chaos caused as the busy street was closed to cars and pedestrians.

Gas levels decreased as soon as the ovens had been turned off.

The road was clear and free flowing by 3.10pm.

A spokesman from the National Grid said: "When people leave appliances switched on like this they not only put themselves at risk but other people too.

"People should always be mindful of gas safety taking care to switch off gas appliances correctly and also to ensure that they are working correctly."