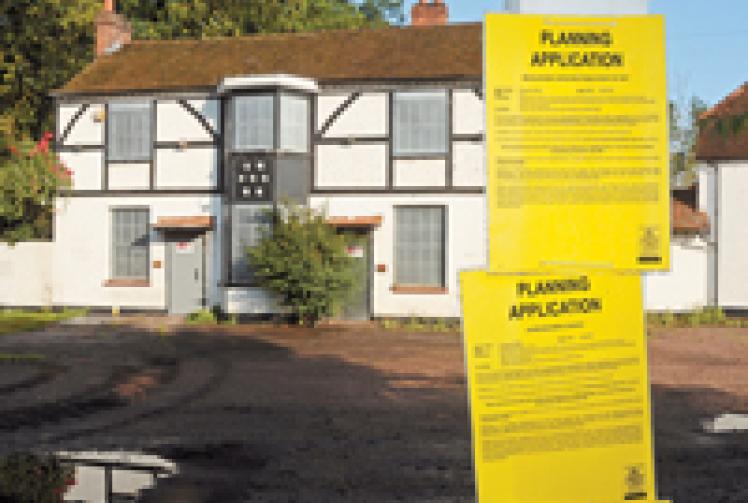 Plans to turn a 400-year-old 'haunted' pub into housing will be considered at a Royal Borough development control panel meeting on Wednesday next week.

Listed building consent has also been requested to turn the Grade II-listed pub, coach house and barn into homes after the business was closed by the Brakspear Pub Company in February.

According to English Heritage, the building was an old coaching inn dating back to the 17th century which is said to be haunted by at least four ghosts.

The conversion has been recommended for approval, subject to conditions and satisfactory developer contributions for infrastructure.

An application for retrospective permission to convert Tudor House in Waltham Road, White Waltham, from a care home into a multiple occupancy house will also be discussed at the meeting.

The building became a rest home for the elderly in 1970 but has been used as a house since early 2011 and a recommendation has been made to let the change remain, subject to conditions including a revised parking layout.

A decision will also be made on amendments to the new estate being built at the former East Berkshire College site in Boyn Hill Avenue, Maidenhead.

The proposals would see changes to the design of eight of the 66 new homes approved earlier this year, including providing additional bedroom space for five of the houses.

Controversial plans to convert Lower Mount Farm in Cookham into sports pitches and the construction of a four-bedroom detached house at High Trees in Altwood Close, Maidenhead, will also be considered.

The meeting is set to take place at Maidenhead Town Hall in St Ives Road at 7pm.