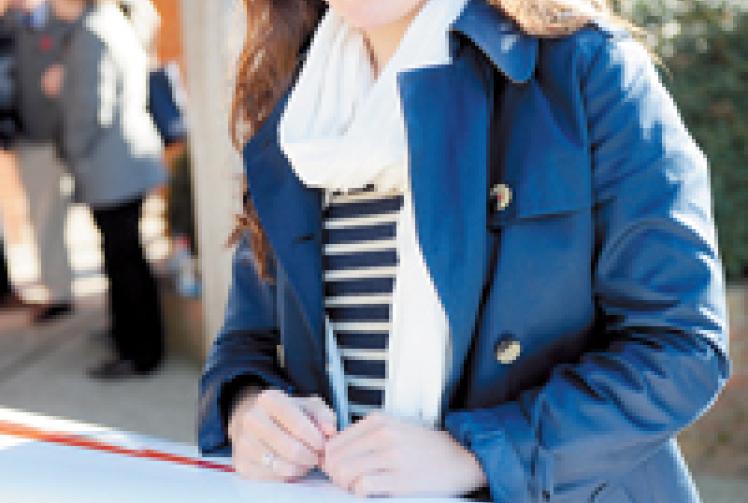 Louise Entwistle stands proudly with the boat named after her.

Corks were popped and champagne was fizzing as members of Maidenhead Rowing Club celebrated the naming of three new boats.

The club showcased the new boats at a ceremony on Sunday, attended by members, friends and the families of those being honoured.

The boats were purchased brand new for £15,000 by the club with a donation made by the Shanly group, which was matched by Sport England.

Each boat was named after a person who had made a big contribution to the club, based in River Road.

One was named after Roy 'Willie' Smith, a stalwart of the club for more than 50 years and a competent oarsman, who died earlier this year.

The second was named after club vice-president Brian Smith who has held a number of roles in his 35 years as a member.

The final boat was named after Louise Entwistle, 23, of Ray Park Road, who is the club's most successful junior rower after winning seven championships and representing Great Britain at junior level.

Club president Jeremy Webb said the boats would be used by the juniors, who had seen a surge in members since the London 2012 Olympics held at Dorney Lake.

"The Olympics has made a significant impact on the junior section of the club and we hope there will be a continuing legacy.

"These new boats are just the beginning of what's to come."