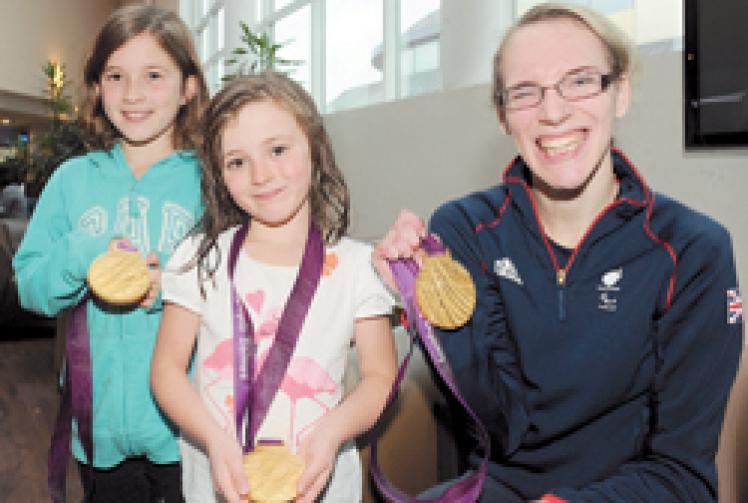 The triple gold medal winning equestrian star Sophie Christiansen says she is riding the crest of a wave since her triumph at London 2012.

Sophie, 24, who lives in Boyn Hill Road in Maidenhead said life had been 'mad' since clinching three golds in equestrian events earlier this summer.

Yesterday she was hoping to inspire the next generation, during a meet and greet session at David Lloyd Gym in King Street, Maidenhead.

The Paralympic GB star, who has a gold post box painted for her in Maidenhead's High Street, posed for photos with children and they got the chance to wear her three medals.

"One of the motto's of the games has been to inspire a generation and I think that's really important," said Sophie, who also has a first class masters degree in Maths from the Royal Holloway University.

"I could just put my medals in a case and hang them on the wall but who would ever see them."

The part-time statistician added it was 'really cool' to have three gold letterboxes painted for her in Maidenhead, Sunningdale, and at her old university.

She hopes they will inspire children and students to work hard and make the best of their abilities in all aspect of their life.