Bid for a place on Arsenal FC team in Maidenhead match

Bid for a place on Arsenal FC team in Maidenhead match 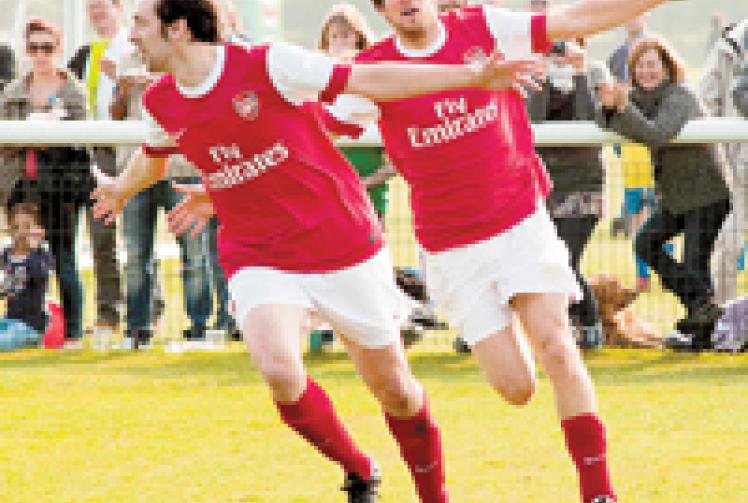 Ralf Little and Giles Alderson celebrate a goal for the Arsenal Legends side.

Arsenal legends and celebrities are set to play a charity match against a Maidenhead United XI at York Road on Sunday, October 14.

The Arsenal charity team have been playing matches and raising money since 1992.

A number of former Magpies are expected to line up for the Maidenhead team.

Money raised from the match will be divided between the nominated charities the Link Foundation, Arsenal Charitable Trust and Thames Valley and Chiltern Air Ambulance Trust.

There will also be a penalty shootout competition and face painting for children. Kick-off is 2pm and entrance is £5 and under 12s are free.

See tomorrow's Advertiser for a voucher to receive £2 off the admission price.

The Advertiser is also holding an online auction for one football-mad reader to enjoy the complete matchday experience with the Arsenal team.

The highest bidder will be given the chance to play alongside the Arsenal players and share the dressing room banter by joining the former pros as they get ready for kick-off. The winner will also take part in the warm-up, be included in the Arsenal team photograph and then play a minimum of the first 20 minutes.

The winning bid will be divided among the nominated charities listed above.

To submit a bid, you must click ‘like’ on the Maidenhead Advertiser Facebook page. Then send us a private message through the page marked ‘Arsenal Auction’. We will need your name, age, address, mobile contact number and the amount bid.

Bidding closes at 5pm on Wednesday, October 10. Keep an eye on our Facebook page where we will announce daily at what amount the bid stands.

The auction and match participation is only open to bidders aged 16 or older. The winning bidder will be required to organise their own insurance to participate.