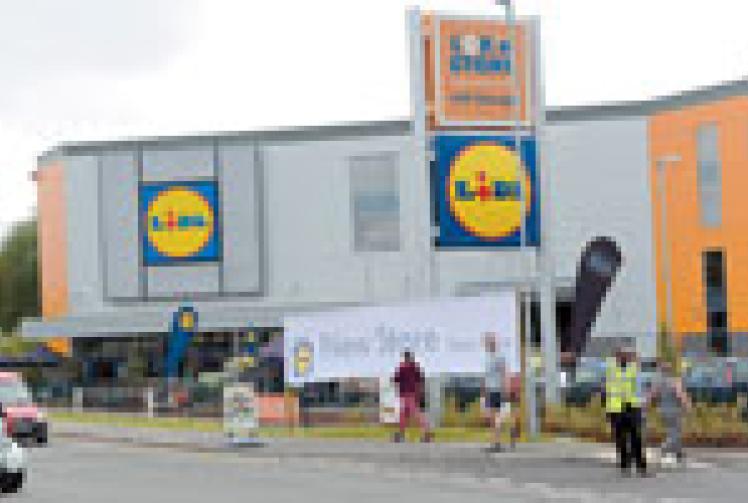 A phenomenal amount of shoppers turned up for the opening of discount supermarket Lidl, causing 'manic' space races as customers clogged up the roads.

The German retailer opened up in Stafferton Way at 8am on Thursday, June 19.

Stopping the promotion of radicalisation was the main reason an Islamic group has been banned from using a council's public venues in Slough, the town's police chief said this week.

A woman and two children were rushed to hospital in the early hours of Sunday morning with suspected carbon monoxide poisoning.

Firefighters and paramedics were called to a house in Cavalry Crescent, near Combermere Barracks in Windsor, at 2am.

'Frustrating' broadband could turn Dorney into a 'dead village'

Frustratingly slow broadband speeds could soon turn Dorney into a 'dead village' if they are not improved according to residents.

Now they hope to appeal to BT Openreach to connect their homes to a faster service. Susan Hardman of Dorney Reach Road said she sometimes struggles to open emails because the service is so bad.

Thousands of visitors are expected to descend on the village for Hurst Show and Country Fayre this weekend.

The countryside show in School Road will be opened by butcher, Peter Jennings, who has been in the trade for 70 years.

Footballers who assaulted opposition players in the middle of a match have been imprisoned for two years after a jury found them guilty of GBH.

Crazy cruise ship host and pantomime star Kevin Cruise is used to being the centre of attention.

But he stayed firmly in the background when Maidenhead's first gay wedding took place at Fredrick's Hotel. The man tying the knot was actor Martin Cabble - famous for appearances as Kevin after scoring a hit on Britain's Got Talent.

Sewage has been piped into the the Cut river near Braywick.

The Environment Agency said that a 'blocked pump' at nearby Maidenhead Sewage Treatment Works caused untreated sewage to be sent into the river, causing a 'noticeable impact'. The Cut joins the River Thames at Bray Marina.

A police investigation is underway after the body of a man was discovered under the M4 bridge in Slough.

Police were called to the bridge, in Windsor Road, at 5.40pm yesterday. The body is believed to be that of a man in his 30s and the death is currently being treated as unexplained, and not suspicious.

'A sort of sacrilege' is how a vicar has described the theft of an 'extremely precious' 400-year-old Bible from a Datchet church.

The second edition King James bible, printed in 1614, was taken from St Mary's Church, in The Green, at the beginning of June, but the theft went unnoticed until Sunday as it was replaced with a similar-sized hymn book.