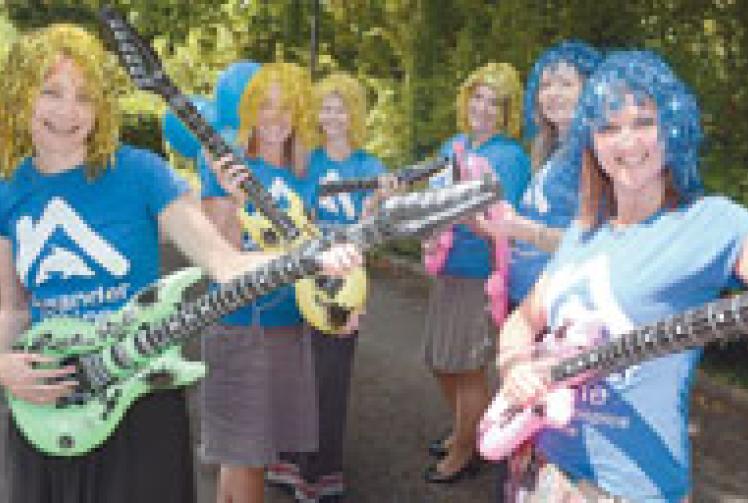 With summer kicking into gear there's plenty of fetes, fairs and fun to be had in Maidenhead, Windsor, Slough, Burnham, Twyford, Marlow and the surrounding area.

There is  plenty on in the area's towns and villages as families (hopefully) enjoy some sunshine.

Find out what's happening in your area below.

Ascot Art Group holds its summer art show tomorrow from 10am until 4pm at the North Ascot Community Centre on Fernbank Road.

There is free entry and parking, refreshments available, paintings for sale and artists in attendance.

Visit the Ascot Farmers' Market in car park three at Ascot Racecourse on Sunday between 9.30am and 1pm. Visit www.tvfm.org.uk  for details.

The owners of Deepwood Stud Farm will open its private garden on Sunday and Monday to raise funds for charity.

The garden is set in a four-acre property which thrives alongside the horses at the stud farm and money collected will be donated to the charities supported by the National Gardens Scheme and Arthritis Research.

Teas and cakes will be on offer, with the garden open between 2pm and 5pm each day.

Admission is £3.50 for adults and free for children.

National Armed Forces Day will be celebrated by the Royal British Legion in Gore Road with a cider festival tomorrow.

More than 40 draft and bottled ciders will be available from 11am-6pm.

There will also be a hog roast and barbecue food on offer.

Entertainment will be provided by bands Million Dollar Bash and Riser.

The village's first food festival will be held at Burnham Park Hall in Windsor Lane on Sunday.

There will be a host of stalls inside and outside the venue, a Caribbean cookery demonstration from Ren’s Kitchen, children’s entertainment, bar and barbecue.

There will also be a Great Burnham Bake-off competition.

Fun at the fair will be enjoyed in Chalvey tomorrow.

Chalvey Fete promises to be bigger and better this year thanks to support from the Slough Wellbeing Board.

Tae kwon-do demonstrations, ferret racing and face painting will be among the activities offered when the fun gets underway on the playing fields of Montem Primary School.

The fair will take place at the school, in Chalvey Grove, between 1- 4pm.

Fresh off the back of its glowing success at the Choir of the Year 2014 auditions in Warwick, the group will be showcasing the sounds of summer, including the work of Gregorio Allegri and John Tavener.

The annual event's silent auction will include a host of motor-racing goodies, including a fireproof top signed by champion Sebastian Vettel, a Daniel Ricciardo autographed hat, a private tour at the Lotus F1 team base and tickets for the Goodwood Revival.

The Indian summer themed fête will be held tomorrow at the school in Bigfrith Lane between 12.30-4pm.

Don't forget the village's Royal British Legion branch will host a service at St Mary's Church on the Green followed by refreshments in the nearby WI Hall on Armed Forces Day tomorrow.

All are welcome to the service at 11am.

There will be a musical theme at the Holyport Primary School summer fair.

Three acts have signed up to perform at the fair, held at the School in Stroud Farm Road tomorrow between noon-3pm.

There will also be children's rides, games, face painting, a barbecue, bouncy castle and refreshments.

Thousands of visitors are expected to descend on the village for Hurst Show and Country Fayre this weekend.

The countryside show in School Road will be opened by butcher, Peter Jennings, who has been in the trade for 70 years.

Show favourites, such as a musical ride, falconry displays and maypole dancing will be making a return.

Entry costs £3 for adults, £1 for teenagers, children and senior citizens go free. The show is open from 10am-5pm on both Saturday and Sunday.

A Hungarian delicacy will be dished up at a party in honour of the town's twin town.

Goulash in the Garden is due to be held on Sunday at Vine House in Glade Road from 1pm.

The event is a homage to Marlow's twin town Budavár and organised by the Marlow-Budavár Town Twinning Association.

A FIFA World Cup competition is being held at the Queensmere shopping centre in Slough High Street.

The tournament will take place tomorrow from 11am until 6pm.

There are FIFA World Cup 2014 games up for grabs, plus footballs and other goodies.

Free family entertainment can be found at Slough Museum's Saturday club which is taking place tomorrow.

Children and adults can enjoy arts and crafts activities between 12:30pm and 2pm on the ground floor of Slough Library.

A performance of Joseph and the Amazing Technicolor Dreamcoat will be staged by Stoke Poges Singers and The Stoke Poges School Choir.

The amateur church concert production will take place at the school in Rogers Lane on Saturday, June 28 at 2pm and 6pm.

The Reading Phoenix Choir will be in concert at Holy Trinity Church in Church Road tomorrow between 7.30pm and 9.30pm.

Visit www.holytrinitysunningdale.co.uk, call the church office on 01344 621886 or email htsadmin@btconnect.com for details.

A dog show is being held in Sunningdale in order to raise money for a nursing home in Sunninghill.

All proceeds from the day will go towards the Lynwood Nursing Home in Rise Road.

Singers will be jazzing things up at their summer concert.

Held at the Loddon Hall, Loddon Hall Road, Twyford, tomorrow, the Twyford Singers Summer Concert will have a jazz theme.

The programme will include a mix of familiar tunes, such as Yesterday, When I'm 64, I Got Rhythm and Summertime, as wll as some new pieces such as Bob Chilcott's Little Jazz Mass.

A carnival themed summer fair is being held at The Colleton School.

The event, in Colleton Road, will include live music, refreshments, a bar, games, craft stalls and inflatables.

There will also be a bike float competition and parade, which children are invited to enter.

The day runs from 2-5pm on Saturday.

The Bag a Bargain event will take place between 10am and 2.30pm.

Handmade goods as well as second hand items will be on sale.

There will also be games for children and refreshments on sale.

There is a 20p admission fee.

A hospitals trust is set to hold its first charity fun run on Sunday.

Heatherwood and Wexham Park Hospitals NHS Foundation Trust is hosting the five- or 1.25-mile event, starting at 10.30am outside the Post Graduate Centre - reached through entrance four into Wexham Park off Wexham Park Lane, Slough.

There will be an assembly area village adjacent to the finish with toilets, bag drop, prize giving and a barbecue available as well as free parking

The event is open to everyone, especially staff.

All money raised will go to the trust's charitable fund, to be spent on improving patient experience.

There will be trophies and prizes for winners.

Panto star Kevin Cruise will be a special guest at this year's Royal Windsor Midsummer Fair.

The fair happens in Alexandra Gardens tomorrow starting at noon and running until 5pm.

The usual plastic duck race on the river happens at 4pm.

There will be more than 50 charity and trade stalls with hot food provided by Langley and Iver Rotary Club.

Leather jackets and dodgy wigs will be worn by charity fundraisers taking part in the annual Rock Stars and Heroes Walk in Windsor.

The event, run by the Alexander Devine Children's Hospice Service, will see all sorts of silly costumes being donned by people making their way around Windsor FC's ground at Stag Meadow and Windsor Great Park.

Last year more than £3,000 was raised for the charity.

Walkers will have a choice of a five-mile or 10-mile route which begins and ends at Stag Meadow and takes in Windsor Great Park.

Email fundraising@alexanderdevine.org to sign up and for your free wig and inflatable guitar to wear on the day.

Dog lovers will converge on Home Park this weekend as more than 9,000 canines compete for a chance to go to Crufts.

Windsor Championship Dog Show has begun and will run for four days until Sunday.

More than 160 breeds will be judged by 120 championship show judges, leading up to the gundog group and the best in show finale on Sunday.

Admission is free for all visitors this year. There will also be a hospitality tent or creche for dogs, operated by the Rottweiler Welfare Charity, as no animals are allowed to be left in vehicles.