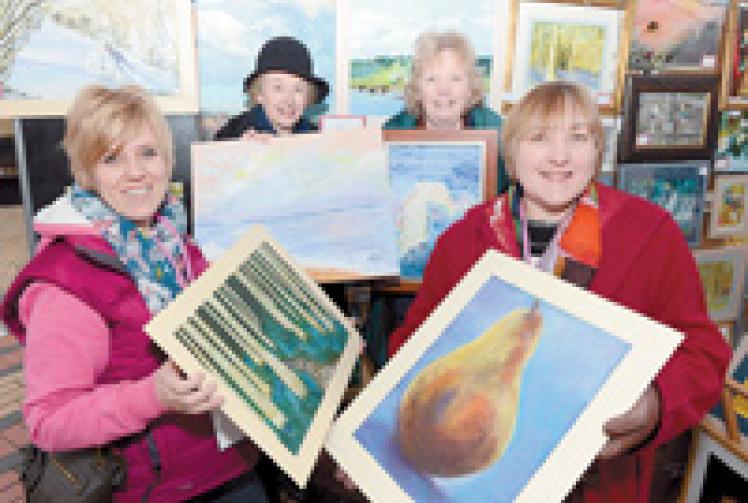 Football fever may be sweeping the nation but Maidenhead, Windsor, Slough, Burnham, Twyford and surrounding area has plenty on offer to cater for all tastes this weekend.

There are plenty of World Cup-themed events going on and the summer fair and carnival season is in full swing.

Bigger events include the popular Art on the Street on Saturday, and Marlow Regatta, which takes place across the weekend.

Find out what's happening in your area below.

A beer festival is taking place at Jagz in Station Hill, Ascot, tomorrow and Sunday.

Among the attractions will be Knight of the Garter beer from the Windsor and Eton Brewery and Rhino Rye from Ascot Ales.

The St Michael's and All Angels Church is hosting a garden fete tomorrow at 1pm, at Murtle, Oriental Road.  All are welcome.

There will oldies versus youngsters football with kick off at 2pm on the Long Furlong Drive playing fields, followed by tug of war, a barbecue, and bungee running back at the club in Wentworth Avenue.

To finish the day off, the club will be showing the England versus Italy game on its big Screen. All welcome.

'Death at the Tenth' murder mystery evening will be held at The Odney Club tomorrow at 7.30pm.

Money raised from the evening in Odney Lane, which also includes a welcome drink and a three course meal, will be donated to Elizabeth House day centre.

Guests can enjoy a hearty breakfast and listen to speaker Mr Charles Elly, a retired judge, who will talk about the 'difference between justice and the law'.

The morning in Church Gate will begin at 8.30am, costing £4 per person, and the club will then be held on the second Saturday of every month.

There is lots going on at Crazies Hill Primary School’s Summer Fayre tomorrow.

An inflatable slide, assault course, arts and crafts, ice-creams, tombola’s, music, a barbecue and a bar mean there is something for everyone.

A ‘beat the goalie’ competition run by Reading FC, with Kingsley, the RFC mascot coming along to cheer everyone on, will also be taking place.

A new under-nines football club is being started.

Youngsters born between September 2005 and August 2006 are invited to go to Alexander First School in Kenneally on the Broom Farm estate for 9.30am tomorrow if they would like to be a part of it.

Keith Turner, of Arthur Road, is setting up the team. He is a level one coach and veteran of Windsor FC's youth team.

He has already recruited one member for the team - his son Charlie.

Gardens at Eton College will be open to the public tomorrow in a bid to raise money for nursing and caring charities.

The opening is part of the National Gardens Scheme, offering a rare opportunity to see the headmaster's garden, provost's garden, fellows garden and Babylon and Luxmoore's garden - which is on an island on the Thames.

The Natural History Museum containing Eton's extensive collections will also be open - while the curator will be on hand to answer questions along with the gardening team.

The open day runs from 2pm until 5pm. Entry is £5, children go free.

There will be tickets and a map at the entrance to the headmaster's garden.

Car parking is signposted in a field off the B3022.  Wheelchair access is limited to the three central gardens and over grass to Luxmoore's but there is no access to the museum.

A vibrant mix of creativity and colour will descend on the town centre on Saturday (June14) as Art on the Street returns.

Now in its tenth year, the popular outdoor event will see 130 artists from across the country line Maidenhead High Street and display their work.

Other attractions are set to include two stages of live music, a ceramic's workshop in the Nicholsons Centre, and plenty of street food.

Art on the Street takes place from 10am-5pm.

It's not too late for adults to learn as a week of free skills workshops get under way.

Dance, beauty and cooking are among the taster session being offered as part of Adult Learners Week running from Saturday until Friday, June 29.

Preparations for the town's annual regatta are under way.

Thousands of people are expected to descend on Higginson Park over the weekend for the Marlow's annual boat race and garden party.

Sir Steve and Lady Ann Redgrave will open Saturday's programme of events with races due to kick off at 8am.

Tickets for the enclosure, which has a formal dress code, will be available on the day.

"It is an opportunity for people to really dress up and make it a splendid occasion."

All picnic spaces have sold out.

Sunday sees the return of the family fun day, Dragon Boating Festival and Marlow Canoe Regatta, where access to all areas of the site will be free.

A summer fair is being held to celebrate the 60th anniversary of Courthouse School.

The school, which officially opened in April 1954, will be open for public tours from 10am-1pm tomorrow.

Former staff and pupils will also be able to reminisce with old Courthouse Pudding 'Noddy’s favourite' on the list of refreshments.

The fair is organised by the Alwyn and Courthouse Parent-Teacher Association which looks after both Alwyn Infant School, in Mulberry Walk, and Courthouse Junior School in Blenheim Road.

The fair will take place at Courthouse from 12pm.

Puppets made by Datchet school pupils will help mark the 799th anniversary of the sealing of the Magna Carta.

A Magna Carta Giants Picnic will take place on the National Trust meadows at Runnymede from 2.30pm on Sunday featuring eight 'Magna Carta Giants of Liberty' puppets, depicting some of the famous faces who have influenced democracy over the last eight centuries.

Churchmead CE School in Priory Way, along with other schools in Staines and Egham, have helped make the puppets and will parade them through the area to the Magna Carta memorial.

It will take place at the school, in Upton Court Road, from noon until 4pm.

Organised by the school's PTA, families are invited to enjoy a variety of fun and games including a bouncy castle, go-kart circuit and gladiator duelling.

Money is being raised for the school to help fund new playground and learning equipment.

Slough Firefighters are having a charity car wash at the station in Tuns Lane, Slough, to raise money for Matt’s Fund, tomorrow from 10am-4pm.

A Father's Day tea is to be held at Taplow Court.

Organised by the Maidenhead fundraising group of Thames Hospice, there will be cream teas, cakes and a tombola. The house will also be open.

The event runs from 2pm-5pm on Sunday at the venue in Cliveden Road. Entry is free for children £1 for adults.

Temporary road closures will be put in place for the day during the Windsor Triathlon.

The event will take place on Sunday and combines swimming, sprinting and cycling.

Between 5am and 11am, vehicles will be prohibited from driving along Clarence Road, A332 Kings Road roundabout, Stovell Road, Clewer Court Road, Mill Lane, Drift Road and Vansittart Road.

Between 7am and 1pm, Eton High Street will be out of bounds between its junction with Keats Lane and the bridge.

Charles Street, Alma Road and Arthur Street will also be temporarily closed between 5am and 1pm.

The triathlon is being run by Human Race Ltd.

Pelargonium lovers should head for Gardeners Hall in Windsor on Sunday.

The Windsor and Slough Chrysanthemum, Fuchsia and Pelargonium Society is holding a pelargonium show in the hall at St Leonards Road from 2pm.

All are welcome to come and enjoy the colourful display.

Real super heroes will be in the procession at Wraysbury Carnival tomorrow.

Flood wardens and their helpers who worked round the clock during the disastrous rainfall back in February will have their own float - a Noah's Ark built by fair committee chairman Glyn Larcombe.

There is a superhero theme to the fair and other floats will feature famous fictional 'good guys'.

The parade will pass through the High Street and Windsor Road on its way to the recreation ground on the Green.

Attractions at the fair will include an open mic tent, fancy dress competitions, talent show and more than 80 stalls.

Gifts will be given to children entering the fancy dress and the best dressed stall will win its organisers £100 for their favourite charity. 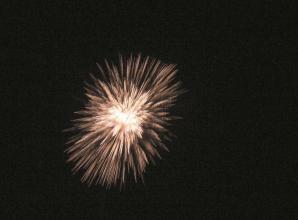 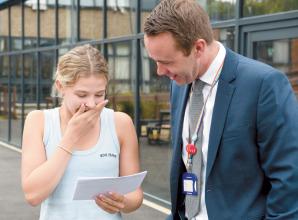 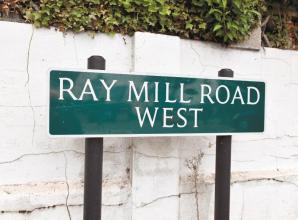 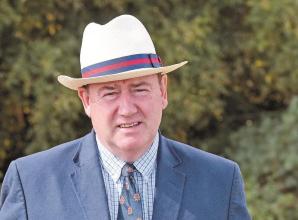 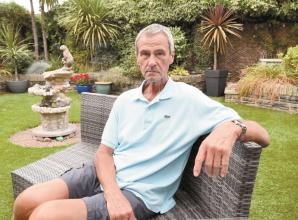 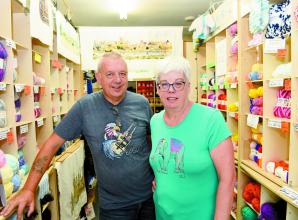 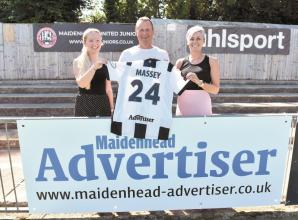 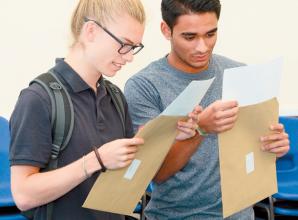 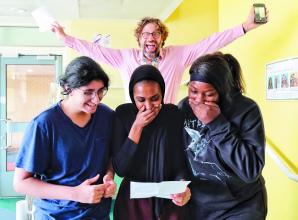 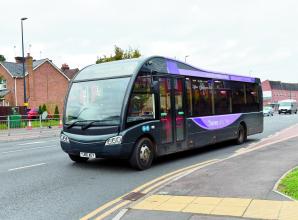 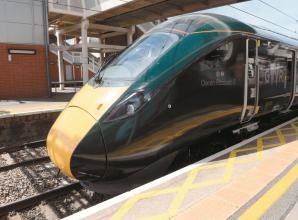 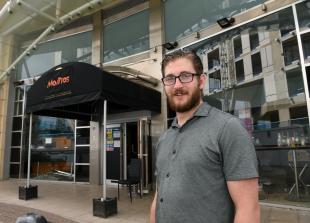 Adam Maddox, who will be assistant manager at the new King Street gaming bar