Plan for Thames Path 'missing link' is met with anger

Plan for Thames Path 'missing link' is met with anger 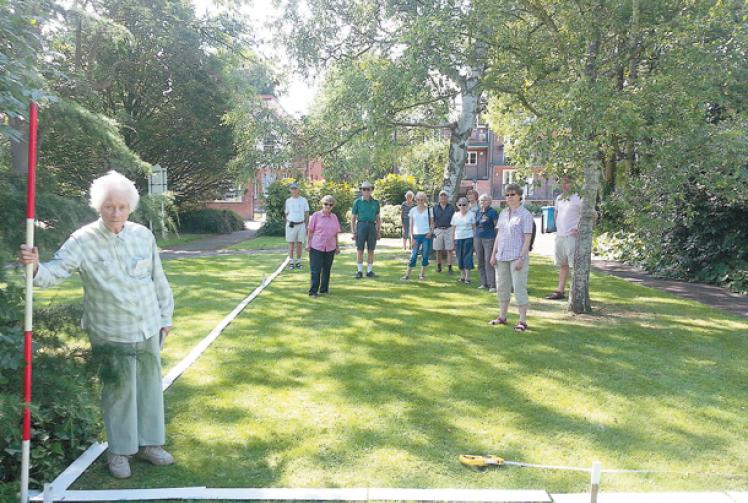 A protest has been staged by ramblers who have accused the Royal Borough of a dereliction of duty in finding a solution to the long-standing ‘missing link’ in the Thames Path.

They are furious the council looks set to reject creating a riverside pathway to complete the gap in the national trail at Bridge Gardens in Ray Mead Road and opt for a roadside path instead.

The council also plans to build a car park on public land to compensate residents who will lose existing spaces directly outside their buildings when the work goes ahead.

About 20 people from the Ramblers Society and Open Spaces Society protested at Bridge Gardens on Tuesday on the patch of land where the car park would be built.

They marked out the 20m x 11m grassy area that would be resurfaced in preparation for eight new parking spaces.

The 30m walkway would complete a missing section of the Thames Path and has been the subject of debate for more than half a century.

While the proposed pathway would provide a solution, the ramblers are determined it should be on the waterfront and have set up a petition to block the decision.

Kate Ashbrook, general secretary for the Open Spaces Society, said: “Sacrificing a huge chunk of public space to provide private parking is in my view a dereliction of the duty to provide recreational space for the people of Maidenhead."

Homeowners in Bridge Gardens don’t want a path on the riverside and believe it would lower the value of their homes.

Mike Landers, 55, lives there and said: “This seems like the most reasonable option that would work for everyone.

"These ramblers are unable to accept a compromise."

The roadside path was chosen as the preferred option at a rights of way and highway licensing panel on Thursday, June 5.

Chairman Cllr John Stretton said: "The main road is dangerous for pedestrians and the roadside path will resolve that."

A final decision will be made by the cabinet.