Cancer sufferer completes Race for Life while recovering from chemo

Cancer sufferer completes Race for Life while recovering from chemo 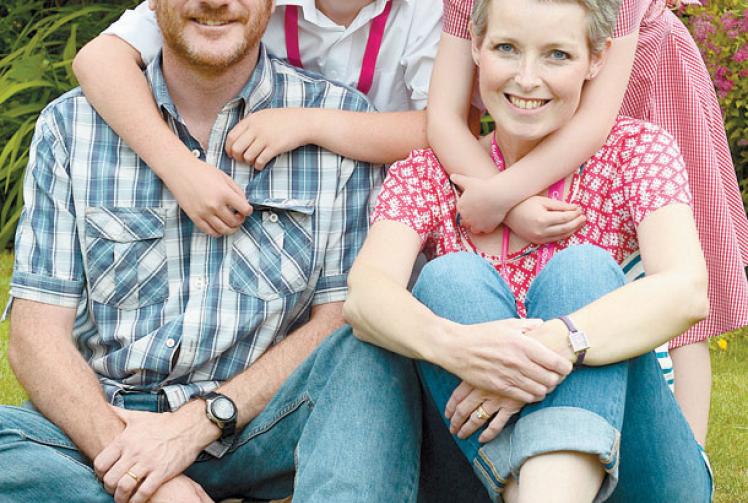 A determined ovarian cancer sufferer from Maidenhead has successfully completed a five kilometre charity walk while recovering from a course of chemotherapy.

Shelley Hand says it wasn't an option to drop out of Race for Life held at Windsor Racecourse in Maidenhead Road on Sunday after roping in more than 30 others for the challenge.

The Beverley Gardens resident signed up the 'Shiny Happy Team', made up of her female friends and their children, just after Christmas.

This was before she knew she would be undergoing the treatment, including trialling a new combination of drugs, shortly beforehand.

An adverse reaction to the drugs meant the 46-year-old spent two weeks in hospital and has been struggling to eat since being discharged three week ago.

"It was really bad timing," said Shelley, who was diagnosed with ovarian cancer in 2011 and been told it is incurable.

"I have never been this thin. I lost a stone when I just got out of hospital."

With support from friends Shelley, who in better health worked as a teaching assistant, finished the walk in an hour and says it came down to 'mind over matter.'

She added: "You just have to get on with it and do it, having the girls with me was really great.

"I couldn't drink and walk or breathe and talk on the way round."

The Shiny Happy Team celebrated their achievement with a picnic and champagne.

Shelley has been tirelessly raising funds for ovarian cancer charities since her diagnosis with events including a black tie ball and children's party.

She estimates both her own efforts and the fundraising of friends on her behalf has raised more than £40,000.

Visit justgiving.com/shiny-happy-team to sponsor Shelley for Race For Life.