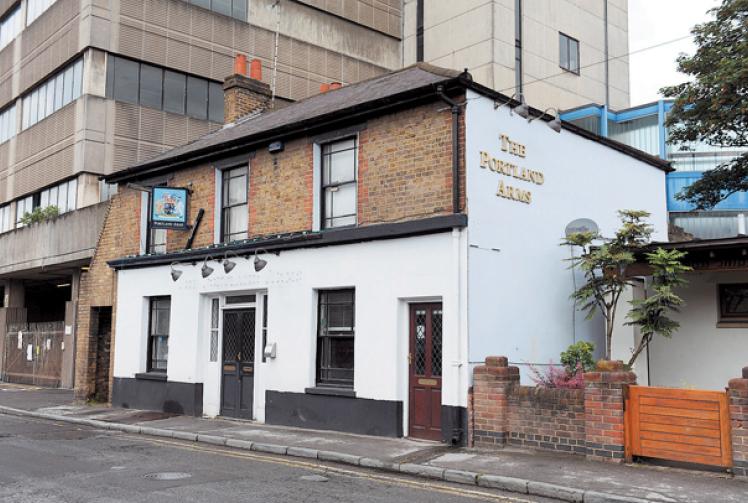 Police want to call time on the manager of a town centre pub where they found wraps of cocaine and traces of the Class A drug on everything from the till to the toilets.

Cocaine was found at the Portland Arms

Thames Valley Police are pressing for Richard Lee to be removed as Designated Premises Supervisor (DPS) at the Portland Arms in West Street, Maidenhead.

Police want the Royal Borough to revoke his licence and the bid was discussed at a licensing panel sub-committee meeting on Tuesday.

The panel heard that on February 2 police used a warrant to search the pub. They found a wrap of cocaine in the bar, another in the bedroom above the bar and traces of the drug on a poker table.

Officers arrested Mr Lee and another member of staff. Neither have been charged with any offences, the hearing was told.

The police’s Royal Borough licensing officer, Debie Pearmain, told the panel the Portland Arms is only the second Royal Borough pub in 10 years to have been searched under a warrant.

She said the move was made after a report was made to police on October 14 claiming two men had sat in the pub counting out bags of drugs.

The panel – meeting at Norden Farm Centre for the Arts in Altwood Road – was told another complaint made on December 16 claimed that three people, including a member of staff, were snorting cocaine off the bar.

The panel was also told by police that swab tests conducted at the venue on January 7, January 22, February 14 and April 1 revealed traces of cocaine in the toilets and on the bar, till and tables.

Mr Lee, who has run the pub since 2008, told the panel he would never allow drugs to be taken in the pub.

“It would not happen if I was working on the bar,” he said.

Mr Lee told the panel he was now the only member of staff at the pub after ‘getting rid of’ two employees in case they had been involved in drugs.

When asked why traces of cocaine were found on his hand when police visited the pub on January 22, he said had been tidying and ‘didn’t know’ what he had cleaned up.

“I wiped it off with my hand. That’s when the officers arrived,” he said.

He said: “I don’t know if someone has a personal problem with me or the pub.”

A decision on whether to remove Mr Lee as the pub’s DPS is yet to be announced.