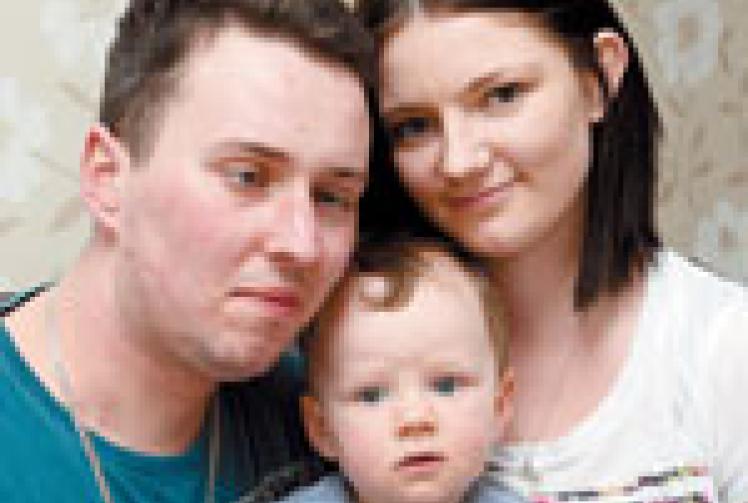 Determined family and friends have embarked on a mission to fund pioneering cancer treatment that could save the life of a young dad.

Matt Rackley, 24, who lives in Cookham with his partner Hollie and their one-year-old son Freddie, was diagnosed with a brain tumour in April 2012.

At the time doctors gave him just two years to live.

The tumour is rooted to his brain stem and cannot be removed through surgery.

A rousing music video pledging support to the England football team ahead of the World Cup was filmed in Windsor and Datchet and stars a former EastEnders actor.

Bring Back The Roar is a song written and performed by unsigned band Sound Champion.

Pop legend Kim Wilde made sure this year's Let’s Rock the Moor festival finished in spectacular style on Saturday. A sell-out crowd of 9,000 people were taken back to the glorious days of the Eighties at Marsh Meadow in Cookham as artists such as Nik Kershaw and ABC all took to the stage, before Wilde wrapped the day up as the headline act. Click here to see a video of the festival.

All 42 seats in the authority were up for grabs, with each ward having three seats available for election other than Colnbrook with Poyle, which had two, and

Foxborough, which had one. Reporters Paul Miles and Lucy Golding were at The Centre in Farnham Road.

Groups, societies and individuals from across the village will be joining a host of big name acts to put on the 10-day party. Visit www.twyfest.co.uk for details and tickets and our entertainment section here for interviews with some of the acts.

Sugar makes you fat…twice is our first Diets don't work blog by Ascot-based personal trainer Adam Atkinson who will be offering health and fitness advice on our websites each month.

For a flat tummy we need to eliminate, as much as possible, sugars and starch. Not fat. When we eat something with a high GI (glycaemic index) it is very rapidly digested by the small intestine and released into the blood stream as blood glucose, or BGL.This is sometimes also called blood sugar.

A serious crash on the M4 eastbound between junctions 5 and 4B caused severe delays.

The incident forced the Highways Agency to close all four lanes, with the road not expected to reopen again until 6pm.

Animal-lovers have vowed to fight a decision that could force a Dorney charity to close.

The Animal Sanctuary UK in Lake End Road has been told to shut and remove its buildings by South Bucks District Council (SBDC).

A village carnival was facing a crisis.

Shocked members of Old Windsor Carnival committee learned at their meeting that the company which usually lays on the vehicles for the annual procession had pulled out.

The news was broken by comittee chairman Jonathan Stacey.

A landmark new initiative which enables people to get HIV tested at a Slough supermarket has enjoyed an 'overwhelming' response according to the charity behind it. Tesco Extra hit the national headlines last week after it announced HIV tests would take place in a community room within the store.

In this week's podcast Michael and Dan considered another new dawn for Burnham FC while Graeme was off on a well-deserved break.

Blues boss Rob Mallinson was given his marching orders last week after a difficult spell in charge.

Thieves have stolen computers and phones from the offices of a children's charity in Slough.

At some point between 1pm on Friday, May 9 and 9.30am on Monday, May 12 the offices of the Beehive foundation in Bath Road were broken into.

Clare Johnson-Alem, manager of the charity, said: "It was a very small operation, they stole two computers including the keyboards and mice."

The borough's new mayor has taken the chains of office and said he hopes Maidenhead will soon rival the beautiful city of San Antonio, Texas.

Cllr Richard Kellaway (Con, Bisham and Cookham) made his comment at Tuesday's annual meeting of the Royal Borough, when he was formally elected as Mayor of Windsor and Maidenhead for 2014 to 2015.