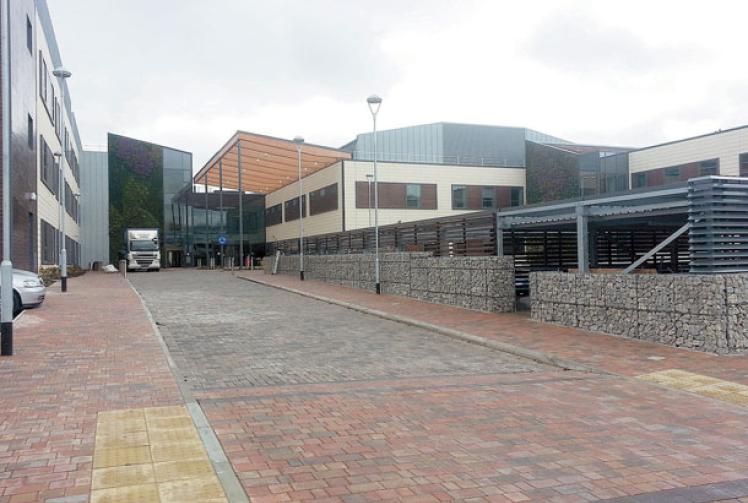 Building a hospital with 'a different quality to what you normally see' is the aim for one of the men behind plans to create a new facility on the outskirts of Maidenhead.

The Kent Insitute of Medicine and Surgery (KIMS)

Steven Bernstein is chairman of the Institute of Medicine & Surgery, Berkshire (IMSB), the organisation looking to build a multi-million pound acute private hospital off Cannon Lane as part of ambitious redevelopment plans from Claires Court.

He is hoping to build a state-of-the-art facility on a 10-acre site, which would be a sister hospital to the Kent Institute of Medicine & Surgery (KIMS), of which Mr Bernstein is also the chairman.

No expense has been spared on the new £95m hospital, based in Maidstone, which was opened by the Duke of Gloucester last month.

The Advertiser visited the facility shortly before it opened and sat down with Mr Bernstein, who explained why he wanted to build a new hospital in Berkshire.

"The idea is to build something for Maidenhead, like we have built for Maidstone, which is different and has a different quality to what you normally see," said the London-based lawyer.

"We saw in Berkshire a lot of similarities with that which we have in Kent; an affluent community, high levels of private healthcare and good transport links."

He said he was not in any way critical of current hospital provision, but the new hospital would provide tertiary private care currently unavailable in the area.

Situated on green space just off the M20, the hospital is easily-accessible and offers treatments which many people would have to go into central London to receive.

Crucially, it is not exclusively private, with about one in four patients set to come from the NHS.

The new hospital in Maidenhead would also cater to both NHS and private patients.

Touring the facility, the Advertiser was shown some of the 'very, very high tech' treatments which will be on offer in KIMS.

They include a gamma camera, surgical oncology, neurosurgery, and cardiac surgery.

The money to fund it came from a range of sources, including Clydesdale Bank, a US hedge fund and even the clinicians who will be working at the hospital.

The turnaround has been quick, with the cash raised by March 2012, work started by April of the same year and the main project was finished by February of this year.

If the sister hospital is given the go ahead when plans are submitted later in the year, it could provide up to 400 jobs and provide vital funding for Claires Court's plans to relocate all of its pupils to its Junior Boys site off Cannon Lane.

KIMS goes by the slogan of 'your health, your hospital' and Mr Bernstein said he will look to bring a similar experience to Maidenhead.

He said: "It's very important to be able to say that from the moment the patient walks through the door to the moment they are discharged they are having the best care possible.".